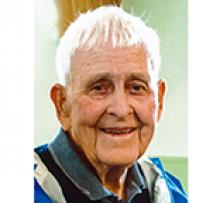 May God keep you safe in His Care
Goda Nott Elskan

The family would like to thank everyone who has been part of Einar's care over the past many years. Very special thanks to Dr. J.P. Donnelly and staff at the Arborg and Districts Health Centre for their loving and compassionate care over the past while. It is so very much appreciated by all of his family.
Funeral service will be held at Ardal-Geysir Lutheran Church, 301 River Road, Arborg, Manitoba on Saturday, September 28 at 2:00 p.m. Pastor Courtenay Reedman-Parker officiating. Interment prior to the service at 12:30 p.m. at the Arborg Community Cemetery - west on River Road. All are welcome to attend.
In lieu of flowers, donations may be made to Ardal Geysir Lutheran Church, Box 160 Arborg, Manitoba R0C 0A0; The Johannes Palsson Memorial Scholarship c/o Rosalind Vigfusson, Box 55, Arborg, Manitoba R0C 0A0 (in support of Evergreen School Division Band and choir program); or a charity of one's choice.


It is with heavy hearts we announce the passing of Einar Lawrence Vigfusson, on September 6, 2019, at the Arborg and District Heath Centre.
Funeral arrangements pending.
Longer notice to follow.