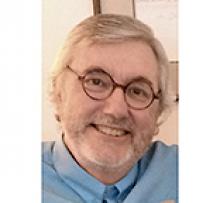 In the early morning hours of September 14, Lance passed away peacefully, with family at his side, starting on his next great adventure.
Lance is and will forever be greatly missed by all those who had the good fortune to know him, including his loving children, Megan and Jason; their spouses, Cory and Natalie; grandchildren, Charlie, Henry, Reilly and Rorrie; beloved friend Connie Turner; and numerous close friends who were so dear to Lance and his family. Lance was predeceased in 2018 by his wife of almost 40 years, Laverne, and his parents, Eric and Elaine Roberts of Edmonton, Alberta.
Lance was a well-respected and long-tenured professor of the Sociology Department at the University of Manitoba, having contributed as a member of the Faculty for over 40 years, as well as a Fellow at St. John's College. He touched innumerable lives through his teaching, extensive body of academic research and writings, and professional relationships. Beyond his academic and professional achievements, Lance was also a man of eclectic interests, especially those in art, poetry, literature and music, devoting himself most recently to becoming a proficient banjo player and a bluegrass music aficionado. Perhaps most importantly of all, Lance was a devoted and caring father, dedicating his time and energies into ensuring his children and grandchildren were most loved and imbued with self-confidence and strength of character.
Special thanks to CancerCare Manitoba and all the wonderful nurses at the Buhler Centre at Victoria Hospital, and to Dr. Vi Dao for expertly guiding Lance's treatment. In his final week, the ICU doctors and nurses at St. Boniface Hospital were endlessly supportive and caring, and in particular, his primary caregivers, Carly, Shareen, Kerri and Amanda.
Flowers are gratefully declined. Instead, donations can be made to Myeloma Canada, CancerCare Manitoba or other charity of your choice. Alternatively, a scholarship will soon be established in Lance's name, and donations can be made to St. John's College in trust for the fund.
All are invited to attend a ceremony in celebration of Lance's brilliant and inspiring life, which will be held at St. John's College Chapel on September 29, 2019 at 2:00 p.m., officiated by Father Paul Lampman. Refreshments will follow. Make a donation to