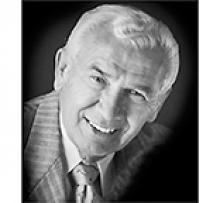 
On September 18, 2019 Kenneth Alexander Langevin took his last moments with us as he finished his life dash.
Ken was born in Saskatoon, Saskatchewan. The Langevin family moved to Winnipeg in 1959. Predeceased by his parents, Christina and George Langevin, Ken and his seven siblings created a sometimes chaotic but loving home; David (deceased) (Shannon Langevin), June (Richard Grey), Darlene (Tim Schroeder), Loretta Wallace, Shirley (Arnold Kostiuk), Christine (Bill McKay), Michael (Lorraine Langevin); and the loving, chaotic thread continues with many, many, many nieces, nephews, great-nieces and great-nephews.
From an early age Ken lived his life as a free spirit. It wasn't until he met his guardian angel on earth - the love of his life - his wife Linda, where two lives became complete and started their life path side by side. Where a household of two quickly became four, the pride of fatherhood shone through with the birth of his daughter Nicole and son Bryce. Continually blessed when the family grew to include Nicole's husband Troy Owens and Bryce's partner Brie Henderson, with five grandchildren, Bethany, Alexander, Brandon, Austin and Everett, and two great-grandchildren, Alicia and Aubree.
Ken wore many different hats throughout his work life. Working on an Ice Breaker for a year, to working as a dashing server on the Winnipeg to Vancouver leg of CN Rail. It was when Ken and Linda started Yaeger Decorating is where he discovered one of his many talents, painting and wall decorating, where it did not take long for Ken to garner the reputation of being the best. But it was when he started working alongside his mentor and father-in-law Walter Paseska (deceased) and mother-in-law Gloria Paseska (deceased) where he learned everything about the RV industry from the ground up. A highlight and proud moment of his career is volunteering with the Canadian Recreation Vehicle Dealer Association where he served as chair from 1995 to 1996.
Family, friends, crib, coffee, chocolate and dinner parties. It did not matter in what order. Just as long as he was surrounded by those special people, things and moments, his heart and soul were beaming. We will miss those sparkling blue eyes and dazzling smile, but will carry on his passion and love for his family and friends. So when you are missing him, find yourself your favourite place to have a cup of coffee and take a sip with a smile and celebrate the man we love and cherish today, tomorrow and always.
The family would like to extend a heartfelt thank you to all of the first responders who were with Ken and his family. We are eternally grateful for your compassion, sensitivity and tender care.
In lieu of flowers, donations can be made to

the Manitoba P.E.O. Foundation
through the Winnipeg Foundation (https://wpgfdn.mycharitytools.com)
or to a local food bank.


Funeral service will be held on Friday, September 27 at 2:00 p.m. at Chapel Lawn Funeral Home.