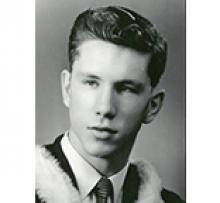 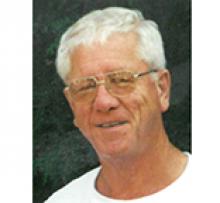 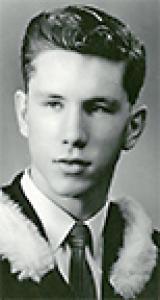 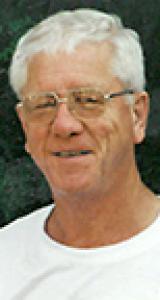 After a lengthy illness, Ron Kirbyson passed away peacefully, in his sleep, on September 20.
Born on September 1, 1937 in Fairfax, Manitoba, he spent his formative years in a variety of communities in the southwestern part of the province.
He became a teacher at 18, overseeing a one-room school in Belmont. At the back of the class were his younger brother, Wayne, who was 16, and his twin sisters, Jean and Joann, who were 14. It was the start of a lifelong passion of teaching. He didn't position himself as the expert, however, and was always open to learning from his students. He earned his Bachelor of Arts (1959) and his Certificate of Education (1960) from Brandon College and his Masters of Arts from the University of Manitoba in 1966. He married Dawn Wellman in December 1962 and they had two children, Geoff, born in 1968, followed by Jill two years later.
Ron and Dawn's love of travel started shortly after they were married when he somehow convinced her that they should use their summer holidays to visit baseball parks around the U.S., including Yankee Stadium in New York, Municipal Stadium in Cleveland and Candlestick Park in San Francisco. Over the years, the family travelled to California, Florida, Jamaica, Cuba, Mexico and, most recently, to Hawaii, to celebrate Ron and Dawn's 50th wedding anniversary. Ron and Dawn also visited China, Hong Kong, Costa Rica and Europe. And even though he swore he would never go on a cruise, he finally relented and joined Dawn in Alaska in 2002. (He even enjoyed himself.) They were particularly fond of Varadero, Cuba, which became an annual pilgrimage for more than a decade. Ron especially enjoyed greeting the employees of the Sol Palmeras hotel by name upon each arrival and practicing his work-in-progress Spanish. He was a frequent traveller to Calgary, most recently in February, 2018. But his favourite destination was the family cottage at Victoria Beach, the scene of countless celebrations, meals, games and post-dinner conversations, most of which were led by him.
Ron had a long history of community service, serving on the boards of the River Heights Community Centre, the Assiniboine Park Hockey Association, the Manitoba Social Studies Teachers Association, where he was a life member, and the Canadian Club of Winnipeg, where he served as president for four years. He was a long-time associate of The Manitoba Historical Society and a proud member of the Lindsay Street Gardening Association.
During his teaching career, Ron taught at Brandon Collegiate, Garden City Collegiate, Grant Park High School, Churchill High School and Argyle Alternative High School, where he had the pleasure of working with many Indigenous students. He and his young family also spent a year in Sackville, New Brunswick, where he taught at Sackville High School and Mount Allison University. A life-long historian, he was one of Canada's best-selling history textbook authors, co-authoring Challenge & Survival and co-authoring and editing In Search of Canada, Discovering Canada and Canada in a North American Perspective. He got his start as a writer at the Brandon Sun and was also a long-time book reviewer for the Winnipeg Free Press.
Growing up, he was an avid baseball and hockey player. He even saw Negro League star Satchel Paige pitch a game during a barnstorming tour of the province, where he famously called in his infielders to sit around the mound while he pitched. He struck out the side. Ron was a rabid fan of the sporting activities of his kids and grandkids, taking in countless tennis matches, figure skating competitions, hockey and baseball games and squash matches. Often, to the ire of his vanquished offspring, he would make a point of congratulating the victor to tell them how well they had played.
Ron is survived by his wife of 56 years, Dawn, son Geoff, daughter Jill (Dave), and his beloved grandchildren, Mia, Alex, Jessica and Declan; brother Wayne Kirbyson, sisters, Joann Kirbyson and Jean McClelland (Jim); nieces, Anna Kirbyson, Susan Stephen (Jeff) and Heather Wellman (Greg), nephews, Chris Wellman (Dawn) and Greg Lai; brother-in-law Dave Wellman (Debbie); cousins, Brian Shaw (Margaret), Alice Evenson (Merle), Wayne Harper (Carolyn), Sheila Johnson (Wally) and Brad Kirbyson (Audrey).
He was predeceased by his parents, Bill and Jean Kirbyson, in-laws, Charles and Melba Wellman, sisters-in-law, Sally Wellman and Yvonne Kirbyson, and brother-in-law Thomas Lai.
A celebration of a life well-lived will be held at St. George's Anglican Church at 168 Wilton St. on Saturday, September 28 at 1:00 p.m. A reception will follow at the Winnipeg Winter Club, 200 River Ave.
Flowers are gratefully declined. If friends so wish, donations in Ron's name to the Heart & Stroke Foundation or Pembina Place Personal Care Home would be appreciated.


After a lengthy illness, Ron Kirbyson passed away peacefully in his sleep on September 20.
A celebration of a life well-lived will take place on Saturday, September 28 at 1:00 p.m. at St. George's Anglican Church, 168 Wilton Street.
A longer obituary will follow.