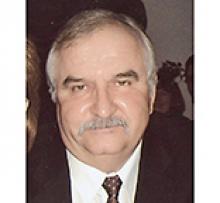 
It is with great sadness that we announce the death of Michael Maksymowicz. On Saturday, September 28, with his family by his side, Mike passed away at St. Boniface Hospital, after a difficult battle with cancer.
Born on New Year's Day, 1952 in Czechy, Poland, Mike immigrated to Winnipeg at the age of 14. After finishing high school, Mike began studying at Red River College, where he completed a program to become an electrician. Following graduation, Mike took employment with the Canadian Pacific Railway as a Diesel Electrician, where he served till his retirement.
Mike's personal life was filled with joy. He took great pride in his garden and especially enjoyed growing tomatoes. Mike loved fishing and spending time on the beach at his cottage, which he built himself. He also greatly enjoyed travelling.
Mike leaves to mourn his loving wife Lucille, his two sons, Andrew and Kristofer (Jessica), his grandchild Maggie, his brother John (Alice), his sister Daniela, and a large circle of extended relatives.
Mike's family would like to extend their gratitude to CancerCare Manitoba and the palliative care team at St. Boniface Hospital.
Prayers and a viewing will take place at Holy Ghost Roman Catholic Parish, 341 Selkirk Avenue, on Friday, October 4, 2019 at 9:30 a.m., with a Mass of Christian Burial to follow at 10:00 a.m.
In lieu of flowers, please send donations to CancerCare Manitoba. Make a donation to