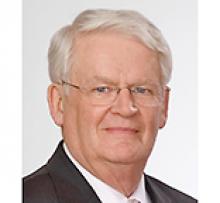 It is with great sadness the Eby family announces the peaceful passing of Peter Jon Eby, on Thursday, September 26, 2019, at the age of 78 years. He passed away at Tuxedo Villa to lung cancer that was initially diagnosed two years ago.
Diane, Peter's wife, passed away a few short weeks ago on August 13, 2019, to a brief illness of the lungs, at St. Boniface Hospital. Peter was able to spend time with Diane and family at the time of her passing and engage in conversation to pass on many wishes and make plans and arrangements together. The family is comforted in knowing they are happy and at peace together.
Peter and Diane will be missed by: son, Robert and wife, Heather; daughter, Charla and spouse, Scott; grandchildren, Alyssa, Haleigh, Blythe; and niece and nephew, Tracy and Brent. Peter was predeceased by parents, George and Emily Eby. Diane was predeceased by her sister Linda, and parents, Leslie and Muriel Croft.
Peter grew up in St. Vital and River Heights and attended St John's Ravenscourt from kindergarten to grade 9, completing high school at Kelvin to play football. It was in high school where he met Diane at the age of 17. They were married for 58 years and were fortunate enough to have travelled the world together. Peter and Diane were avid curlers for over 35 years and loved their time with friends at the Grain Exchange, Fort Garry, Heather, Wildwood and Granite Curling Clubs. A highlight of their curling career was attending the Manitoba Mixed Provincial Championships with teammates, Wayne and Sharon Walker in 1980. They both enjoyed spending their summers at Lake of the Woods with family and friends. They were very proud of their three grandchildren and their accomplishments.
Peter was an avid Blue Bomber fan having had season tickets for over 50 years. The highlight of his past few months in care was watching the Bombers play each week on TV or listening on CJOB and recounting the games in detail with his friend, Mike Najda. Peter had a constant stream of visitors at Tuxedo Villa with someone visiting him every day. He was happy to celebrate his 78th birthday on September 12 surrounded by family and close friends, Gary and Sharon Read, who travelled from British Columbia for the occasion.
Peter was most proud of his 52 year career and family legacy with IG Wealth Management. His father George had a lifelong career of 40 years with IG Wealth Management and son, Robert and daughter, Charla continue today in that same family practice with 23 years each. Peter always asked about the many clients and friends he helped while in care. He was proud and considered it an honour to be able to help with their financial planning needs.
Cremation has taken place and a family Celebration of Life will be held at a future date to be announced.
Donations in Peter's honour can be made to the Winnipeg Humane Society.