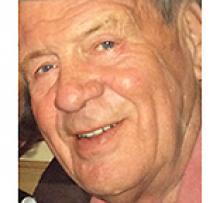 On September 29, 2019 we lost an adored husband, father, grandfather (Grumpy) and friend.
Rick will be so very missed by his wife of nearly 60 years, Jackie, his children, Susan (Jon) and Jeff, grandson Tyler, and brother Terry.
Dad is going to be reunited with his grandson Jesse, sister Faye, brother Tim, son-in-law Randy, as well as his parents, Millie and Bill.
He certainly will have some crazy stories and great big hugs to share.....HE WAS AWESOME AT BOTH THE ABOVE.
If the Grant Park Coffee Gang would raise a cup in his honour, we know he'd be touched.
There will be no formal service as per Dad's wishes because He..."Won't be there to make people laugh and share stories."