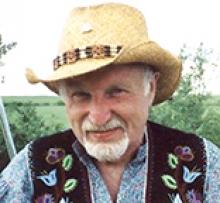 It is with heavy hearts that we announce the peaceful passing of Lawrence (Lawrie) J. Barkwell in Winnipeg MB. Lawrie was a father, husband, grandfather, brother, uncle, colleague, honorary elder, mentor, and friend.
Lawrie was predeceased by his wife Diana (née Weekes), and his parents, Stewart and Betty Barkwell (née Newman).
He will be deeply missed and lovingly remembered by his two children, David and Katrina; grandson James; siblings, Vernon, Brian, Bruce, Robert, and Janet.
Lawrie's family was his pride and joy. Born in Petersborough, Ontario, Lawrie moved with his family as a young boy to Winnipeg, MB. He attended Kelvin High School, completed a B.A Honours (1975) at the University of Winnipeg, and his M.A in Clinical Psychology at Lakehead University (1976).
Lawrie began his professional life with Manitoba Hydro (1963). He worked for the Manitoba Provincial Government as a Probation Officer (1970); in the Department of Justice as an Area Director (1986); and, as Policy Analyst for the Children and Youth Secretariat and Aboriginal and Northern Affairs (ANA) until he was seconded to the Manitoba Metis Federation (MMF) as a Policy Analyst (1997). He was the Director of the Métis Justice Institute (2003) and the Coordinator of Métis Heritage and History Research at the MMF's Louis Riel Institute (2007).
Lawrie was the first and only non-Métis person to receive an honorary Citizenship from the MMF (1991). This honour was bestowed to him in recognition of his contributions to the preservation and promotion of Métis history and culture.
He will be remembered as a passionate and accomplished researcher, author, historian, genealogist, lecturer, and beadwork artist, who assisted countless people. He served the Métis for over 30 years and has left the Nation with many timeless gifts.
A Celebration of Life service will be held at 2:00 p.m., Tuesday, October 15, 2019 at the Masonic Memorial Centre, located at 420 Corydon Avenue.
Friends and relatives are encouraged to share in a photo-tribute, eulogy, stories and condolences for the family by visiting Lawrie Barkwell's memorial page at Integrityfuneralplanning.com.