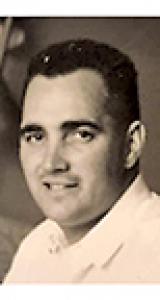 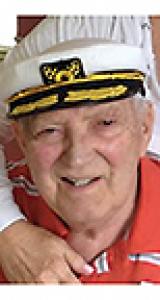 
How do we put a lifetime into words and do you justice Dad? Yes, this obituary has taken awhile because we just couldn't do it! We have lost our Dad, and husband of 60 years to Mary Lou (Mumsie!)
Bill is a father of three, Karen Clark (Perry), Richard (Elena) and Richelle (Laine); grandfather of six; Nicole (Chris), Calvin (Danielle) Carson, Brooklyn, Landon, Austin; and a great-grandfather of Jayden.
He attended school in Neelin, MB until grade 9 and then graduating from Cartwright High School.
Bill and Mary Lou were married in Cartwright, Manitoba, on May 31, 1958, then moved to Brandon, Manitoba. They enjoyed their time in Brandon, living in a mobile home that Bill would always refer to as 'the freezer.' As kids we would often hear how when one of the Manitoba winters chills would hit - Bill's suits would be frozen to the outside wall of the trailer!
In 1959, Bill and Mary Lou moved to Thompson, Manitoba where Bill headed up the Manitoba Telephone System office.
In 1961, in Thompson, Manitoba, Bill and Mary Lou welcomed their first child, Karen. Living in Thompson was a busy time for the new family. Bill worked at MTS, was a member of the church, and worked as a beer waiter in the local hotel, he taught diving and the family spent their summers boating.
Moving back to Winnipeg in 1963, Bill continued working for MTS. Changing jobs in 1966 to work for Dun & Bradstreet. Bill enjoyed learning and went back to college in 1971.
Bill and Mary Lou welcomed a son, Richard, in 1967. The family of four settled in the Westwood area moving houses in 1972, and welcoming the baby of the family, Richelle, in 1977.
In 1982, Bill joined H.C. Paul - selling boats, motorcycles and snowmobiles. Bill was sales manager for western Canada, which saw many miles of travel between Winnipeg and Vancouver. Better than selling boats - Bill loved being on the water in a boat. Bill also had a kean ear for music playing the trumpet!
Bill and Mary Lou stayed in the Westwood area until their move to Victoria, BC in 1991.
In Victoria, the family settled in the Royal Oak area. SG Power on Hillside Avenue was where Bill hung his work hat, working there until he retired in 2001.
Our family would like to sincerely thank Bernie Simpson of SG Power who offered our Dad a job in 1991 "Mr. Simpson hiring our Dad allowed us to spend the past 28 years together in Victoria as a family. You gave us a gift and we thank you!"
Bill came into care on December 30, 2015 to Mount Tomlie Hospital and moved to Broadmead Lodge on April 21, 2017. Our family is forever grateful for the care our Dad has received from the staff at Mount Tomlie Hospital and Broadmead Lodge. We appreciate the caring expertise offered by Dr. Heidi Pedowski, Dr. Barry Conway (family physician), Dr. Edora (Mount Tomlie Hospital) and Dr. Darcel (Broadmead Lodge). All of Dad's caregivers and doctors are such special people who have helped us in more ways than they will ever know. Bless them all!
Dad's Celebration of Life was held on May 4, 2019 at the Cordova Bay United Church. Thank you to Rev. Bill Cantelon for his direction and guiding hand, Rev. Dr. Blyth Hughes for his kind words, Dr. Gary Froze, along with the members of the Cordova Bay choir for the gift of music, Jane Shumka for the power point operation and the Ethel Wilson Group for their support and service at the reception.
On May 31, 2018, Bill and Mary Lou celebrated their 60th wedding anniversary, where the whole family was together, sharing stories and making memories. Our parents set an outstanding example of what love is. We want to thank our Mom for the loving care she has always given to our Dad.