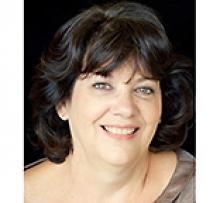 
It is with great sadness that the family announces the passing of Kim Wood on October 12, 2019.
Kim passed away peacefully with her husband and three daughters by her side at the Grace Hospice in Winnipeg after a courageous battle with cancer.
Kim was predeceased by her sister Cate (March 2015); her mother Barb (March 2017); her father Bill (August 2019) and her grandson Austin (August 2019).
Left to cherish her memory is her loving husband of 45 years, Howie; her daughters, Amy (Peter Wtorek), Laura (Ashley Votto), and Sara (Brandon Gray). Kim also leaves five grandchildren to hold her memory in their hearts, Atticus, Hailey, Payton, Penelope, and Harper. Kim will be sadly missed by her siblings, David, Connie (Robert Hill), Joan (David Sneddon), Geoff (Monica), Colin (Yvonne) and Margaret (Bill Irwin) and her many nieces, nephews and dear friends.
Kim grew up in Silver Heights, Winnipeg, Manitoba. She attended Silver Heights Collegiate, graduating with highest academic standing in accounting and mathematics. After high school, she attended Red River College where she studied Secretarial Sciences. She later worked with her father at his company W.A. Kyle Sales and then briefly at RJR MacDonald. She worked at McDonald Worldwide Travel for over 20 years, starting out as the main accounts records keeper and met some lifelong friends. As years passed, the company merged into Navigant Travel and then Carlson Wagonlit Travel where Kim became Office Manager. Later on Kim set off on her own to work out of her home managing corporate travel accounts for the company. She excelled in her field, winning multiple awards for excellence. Kim was an intelligent, devoted employee with a strong work ethic.
Kim married the love of her life, Howie, on November 8, 1974. They moved to Saskatoon and then on to Esterhazy, Saskatchewan briefly before settling back to Winnipeg where they raised their three daughters, Amy, Sara, and Laura. Family was of the upmost importance to Kim. She was a devoted, loving wife and mother who dedicated her time to her daughters and their various sporting teams, often volunteering as team manager. Together, Kim, Howie and their daughters had many cherished family vacations together including summers at Falcon Lake. Later, when grandchildren arrived, Kim became Grandma. She loved her grandchildren so much and never hesitated to babysit any chance she had. Kim always went out of her way to help her daughters and grandchildren anyway she could.
Kim was a loving daughter and dedicated much of her time to her parents as they aged, ensuring of their wellbeing. Throughout her life Kim maintained close relationships with her siblings, she loved them dearly and was always willing to help them if they needed her. She hosted many family dinners over the years, welcoming her large family into her home.
In addition to her family, Kim had many dear friends she met through her ringette family, her neighbours and work. Kim held these friendships for many years and loved them all.
The family would like to thank Dr. Paul and Nubia at CancerCare Manitoba for the kindness they showed Kim over this past year. We are also grateful for the nurses at the Grace Hospice and our loving friends and neighbours who went above and beyond to help the family.
Kim was a beautiful person, inside and out. She had a genuine kindness to her that spread joy to those around her. She was taken from us way too soon. We are going to miss our lovely Wife, Mother, Grandma, Sister and Friend so much.
Please join us for a memorial and celebration of life on Monday, October 21, 2019 at 2:00 p.m. at the Thomson "In the Park" Funeral Home, 1291 McGillivray Boulevard, Winnipeg, MB.
In lieu of flowers, donations can be made to CancerCare Manitoba or in the spirit of Kim, just do something nice for someone you love today.