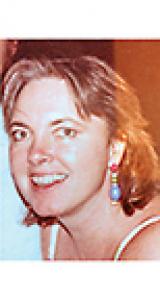 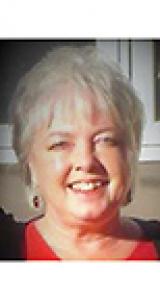 
Bonnie Catherine Korzeniowski (nee Grant) (Hunt), at the age of 78, passed away peacefully with members of family by her side.
Anyone asked to describe Bonnie will tell you she was a "people person," but moreover, she was a ferocious mother. Through all the trials and tribulations of her life, she foremost stood behind her four children, Karen Cooper (John), Kathryn Hunt (Bruce), Bryan Hunt (Veronica) and Alexis Sukaroff (Dan). Also surviving her are eight grandchildren, Jamie and Morgan, Garrett and Mitchell, Tanner and Grayson, Hayden and Barron plus seven more great-grandchildren.
Bonnie also leaves Gerald, her husband of 38 years and her sister Dorene Petersen (Dick) to mourn. She was predeceased by first husband Grant Bryan Hunt Sr. and her parents, Myrtle and Cleveland Grant.
Born and raised in Winnipeg to a military family, Bonnie attended Daniel Macintyre High School. (In later years, she eagerly anticipated reconnecting with alumni at their annual luncheon.) She went on to marry her high school sweetheart who, like her father, also had a military career and they moved through a variety of postings, mostly in Ontario. Eventually, with a need to get involved in her community, she attended and graduated with a Diploma of Social Service Work from Algonquin College, Ottawa in 1974.
Returning to Winnipeg after the unfortunate dissolution of her first marriage, she went on to work at the Manitoba Youth Centre where she met Gerald. Together they went back to University of Manitoba where she earned her Bachelor of Social Work in 1980. Gerald and Bonnie were married the following year.
They then lived in Brandon for a short time where Bonnie worked at Brandon General Hospital Social Work Department. It was here she received her MIRSW designation which she was very proud of. Moving back to Winnipeg, she continued to work as a Social Worker, first at St. Boniface Hospital and then, Deer Lodge Centre. Here, she was the cornerstone of the "Get-Away Club," a respite program for those caring for loved ones afflicted with Alzheimer's.
Taking advantage of the opportunity offered, Bonnie earned her Master of Science in Administration (1995) from the University of Michigan and became chair of Health Care Professionals for the Deer Lodge Centre, members of the Professional Institute of Public Service of Canada.
During this period of her life in community advocacy and union activities, she soon became involved with politics and served as a board member of the St. James NDP party. In 1999, Bonnie successfully ran for Member of the Legislative Assembly representing the New Democratic Party in the constituency of St. James until 2011.
She loved the opportunities and community involvement, attending every pancake breakfast and community event she was able to. Bonnie was also a proud member of St. James Legion #4, never missing a Remembrance Day service at Bruce Park. Additionally, she missed very few days (or nights) attending to her responsibilities at the Manitoba Legislature.
As an MLA, she served as Deputy to the Speaker of the House and was shortly thereafter in 2008, named "Special Envoy of Military Affairs" for Manitoba. Bonnie revelled in every aspect of the position, both at the public level with senior Military Command in Ottawa and across Canada, as well as being of whatever local assistance she could offer military members and families with health, child care, education, family transfers and on. Bonnie was a strong supporter of the Military Family Resource Centre at 17 Wing.
Bonnie was the first female board member of the Queen's Own Cameron Highlanders of Canada Regiment, official "godmother" to the "Liga Dos Combantentes" (Portuguese War Veterans), a proud member of the Royal Military Institute of Manitoba, the Royal Commonwealth Association and the Intrepid Society to name a few.
Many years in the making and perhaps her proudest achievement was her self-appointed mission to save and restore the "Women's Tribute Memorial Lodge," a heritage building at Deer Lodge Centre. The building received an award winning renovation / expansion to become the current "Movement Disorder Centre." This project was very special to Bonnie in her attention to the women's movement, military and veterans, heritage and seniors and to St. James.
Bonnie totally dedicated herself to whatever challenge she took on and she is sorely missed.
The family sincerely expresses their thanks and appreciation to the staff at Charleswood Personal Care Home for all her care and assistance during her relatively short stay with them.
A service will be held at 2:00 p.m. Friday, November 1, 2019 at Chapel Lawn Funeral Home, 4000 Portage Avenue with a short reception to follow.
In lieu of flowers, donations would be appreciated to any of Bonnie's favourite charities: Rossbrook House, World Vision or the Winnipeg Humane Society.