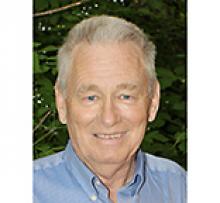 
It is with heavy hearts that we announce Morley's passing on Wednesday, October 23, 2019, following a 20-month battle with cancer, at the age of 67.
Morley will be lovingly remembered by his wife Colleen, his daughters, Glenda Benoit (Joseph) and Jenna Holloway, and son Kevin Holloway (Nadine), his four grandchildren, Kailin, Jessica, Hunter and Bennett. He will also be fondly remembered by his brother Hiram (Ruth) and sister Geneva, along with his nieces and nephew who grew up as siblings - Bryce, Marylin, Diane and Dale. He will be missed by his many other nieces and nephews. He will also be missed by his constant companion and little fur buddy, Seamus.
Morley was predeceased by his parents, Basil and Annie, his brother Calvin and sister-in-law Irene who raised him after the passing of his parents, his brothers, Roland and Watson, his sister Iris and brother-in-law Frank.
Morley was a jack of all trades and had several occupations, most of which was spent as a mechanic and truck driver. He had a love for the outdoors and whenever he could he enjoyed spending his free time hunting and fishing.
A memorial service will be held to honour Morley's life on Wednesday, October 30, 2019, at 2:00 p.m. at the Sainte-Anne des Chênes Roman Catholic Parish, 162 Central Ave., Ste. Anne, MB, followed by the interment at Richer Cemetery.
In lieu of flowers, those who desire may make a donation in memory of Morley to CancerCare Manitoba.
Special thanks to our family doctor, Dr. Philip Hughes, Dr. Dawe, Dr. Kim, Dr. Toews, Dr. Reimer, the Palliative Care and CancerCare nurses, and support staff.