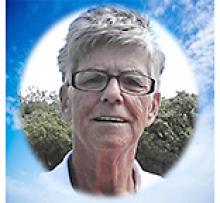 On October 28, 2019, at the age of 70, Gloria Bartel succumbed to her heroic battle with lung cancer at her home with her family. Over the preceding weeks she was surrounded by friends, family and loved ones, many of whom travelled from out of province so that they could share in her joy for one last time.
In life Gloria was known to many as a leader and family matriarch who always gave of herself, putting the needs of her loved ones ahead of her own. She was always welcoming of old and new friends alike and prone to nurturing of strays, while being a fierce defender of the family. Gloria had a love of gardening, spending hours growing her garden, tending her flower beds, pickling, canning, baking and making jam. One of the biggest highlights in recent years was taking her grandchildren out strawberry picking, while passing along family recipes to her daughters-in-law and granddaughters.
On June 28, 2019, Gloria and Tom reached a milestone most people are not fortunate enough to achieve as they celebrated their 50th wedding anniversary, and while Gloria's health may have precluded a party, over the past several years she and Tom celebrated everyday by showing how truly devoted they were together, and all could see that this love got stronger every day. And as much as Gloria took care of Tom for the 50 years, he repaid this, his debt in full by supporting her, physically and emotionally when she needed it the most.
In retirement, Gloria and Tom bought their first of two motorhomes where they planned on being on the road continuously travelling to all the winter hotspots, however in true Gloria fashion, that soon changed when after travelling to Florida for a little better than one month and meeting many friends, they moved on to Edinberg, Texas. Their three week stay quickly turned into their permanent winter hotspot, as their resort neighbours immediately turned to friends and ultimately became their winter family. Gloria and Tom would spend their days golfing, and their nights at karaoke throughout the Monte Cristo Resort, where what happens in Monte Cristo stays in Monte Cristo.
Gloria's legacy will always be her family, husband Tom of 50 years, her two sons, Stacey and Tyler; daughters-in-law, Lisa (Stacey) and Gaylene (Tyler); her grandchildren and biggest fans, twins Angela and Eric (Stacey), and Sierra (Tyler). All of who are left behind with both the responsibility and privilege to celebrate her life and pass on her values for generations to come.
Surviving Gloria is her brother John and his sister Shirley. Gloria is now reunited with her father Joseph Cherwinski (65), her mother Pearl (nee Smitzniuk) (68); and the Cherwinski brothers, Raymond (55), Tommy (80), Eddie (66) and Chris (64). I am sure that heaven is in much better shape now that Gloria is there to straighten them all out.
Gloria's Celebration of Life will be on Saturday, November 9, 2019 at 1:00 p.m. in the afternoon at Seasons Funeral Chapel, 576 Balsam Crescent in Oakbank and is open to all friends and family with a traditional Ukrainian luncheon to follow.
For those that knew her best, there will be three-spot tournaments and karaoke parties held throughout the weekend at several undisclosed locations.
In lieu of flowers, the family requests donations to the Cancer Research Foundation, were it not for the hope they brought her, she would not have been able to spend her last summer with her friends and family.