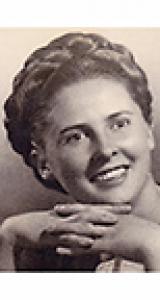 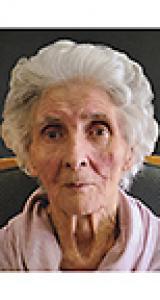 
Genowefa Kuzia, wife, mother and grandmother, passed away peacefully on Sunday, October 27, 2019, at Holy Family Home, at the age of 94 years.
Predeceased by her husband Waclaw, brother John Borowiec, and parents, Pawel and Aniela Borowiec, Genia is survived by her children, Henry (Joanne Lewandosky) and Christine (Dennis) Tabbernor, grandchildren, John and Elizabeth, sisters-in-law, Teresa (Tessie) Borowiec and Irena Bobrow, cousins, Dorothy Rhymer, Danusia Zwierciadlowska, Carol Tabor and David Borowiec and their families in Canada, as well as many cousins in Poland.
Born in Nowy Michalin, Poland (now Belarus) on June 27, 1925, she was just 14 years old when the Second World War began with the Nazi invasion of Poland. The eastern territories of Poland were quickly occupied by communist forces of the USSR and in February, 1940 she and her family were deported in freight train cars to a forestry work camp near Arkhangelsk. Although many died, she survived the horrific conditions until Amnesty was signed in July 1941 between England, America and the USSR, forcing the communist government to release many Poles who had been imprisoned and forced into labour camps. In November 1941 they were transported through Kuybyshev, Kyrgyzstan, Uzbekistan and Persia to the port of Karachi, India, a distance of more than 10,000 km that took more than one year. In May 1943 they were finally able to find transport to the refugee camp of Santa Rosa, Mexico. She completed her high school education, as well as bookkeeping and dental hygiene diplomas in the camp and in 1947, moved to Leon Guanahuato where she worked as a cashier at the bus depot. In 1948 she and her family were sponsored by her aunt Janina Zwierciadlowska to Stonewall, Manitoba and later moved to Winnipeg to find work. Through her aunt, she met Waclaw Kuzia, who had worked at the Zwierciadlowski farm the previous year as part of his Canadian resettlement contract. They married in July 1949. She worked in the garment industry until the birth of her first child.
Genia quickly made friends within the large community of displaced Poles in Winnipeg, at Holy Ghost Church, Sokol Choir, and the newly formed Polish Combatants Association Branch #13. She served on the Executive of the Association in several capacities over the years, as well as the Ladies' Auxiliary, receiving bronze, silver and gold pins of recognition. She belonged to the Catholic Women's League at St. Andrew Bobola Parish, served as delegate and Executive member to the Canadian Polish Congress Manitoba Division, was a member of the Polish Canadian Women's Federation Branch #7, and was one of the founders of the Ogniwo Polish Museum, where she served as Director and Executive member until 2009.
Genia was a wonderful mother to Henry and Christine, raising them to speak fluent Polish, learn to play accordion, and to value their Polish roots, while appreciating the wonderful country of Canada. She was a marvellous seamstress and excelled at many handcrafts. She attended night school at Tech Voc to complete her bookkeeping certificate, while looking after the family during the day, and managed the administration and finances of her and Waclaw's construction company. She also loved and supported her grandchildren, flying to New Brunswick to be a stand-in for her son-in-law at the birth of John, and to London, Ontario to assist the family at the birth of Elizabeth. She showered them with special treats, celebrated their achievements and supported their university studies.
Prayers will be held on Monday, November 4 at 7:00 p.m. at Cropo Funeral Chapel, 1442 Main Street with Fr. Paul Patrick OMI officiating. Mass of Christian Burial will be celebrated at St. Andrew Bobola Roman Catholic Parish, 541 Marion Street on Tuesday, November 5, with Fr. Walery Bykowski officiating, at 10:00 a.m. Viewing and praying of the Rosary will take place at 9:30 a.m. Interment will follow at Holy Ghost Cemetery.
We wish to thank the Sisters Servants of Mary Immaculate, Fr. Sebastian Gacki and Fr. Walery Bykowski for their spiritual support, Dr. Taras Babick, Dr. Andrea Babick, the nurses and caregivers for medical and daily care, and for the love and joy they brought her during her last five years.
In lieu of flowers, donations may be made to the Ogniwo Polish Museum Society at www.polishmuseum.com or Holy Family Home.