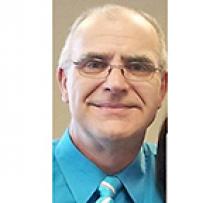 
It is with great sadness that we announce the passing of Ron, our beloved father, brother and husband, who passed away suddenly, surrounded by his loved ones, in San Antonio, TX.
He leaves to mourn his loving wife Margaret; children, Christopher and Katherine; stepsons, Diego and Martin. Ron also leaves to mourn sister Ria and brother Marc; brother-in-law Donn Pirie; and sister-in-law Marcy Scammell; nieces and nephews, Michael, Justin (Addi), Andrew, Elizabeth, Michael, Erica, Jasmin, Joey, Jacob, and Joel. He is also survived by his stepmom Shirley Saurette; aunt Agnes (Wayne) McCowan; uncle Albert (Melanie) LeClair; uncle Lawrence and uncle Bob (Diane) Yanke; aunt Marilyn Nicklefork and uncle Gary Martin; best friend and honorary brother Mark Essenburg as well as numerous cousins.
He was predeceased by his grandparents, René and Leila Saurette; Fred and Elsie Yanke; parents, Rose-Marie and Maurice Saurette.
Ron was born and raised in Winnipeg, MB. He was the type of guy who could engage in a conversation with anyone about anything. His ability to make friends resulted in lifelong ones that he cherished. Ron's love for sports especially his hometown Winnipeg Blue Bombers and Winnipeg Jets was passionate which he passed down to his daughter Katherine.
Special thanks to the doctors and nurses in the ICU at Missions Trail Baptist Hospital in San Antonio, TX.
As per Ron's wishes, cremation has taken place. A celebration of his life will take place Sunday, December 1, 2019 at the Norwood Community Center, 87 Walmar Street from 11:00 a.m. to 2:00 p.m.