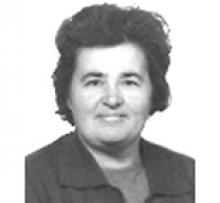 It is with heavy hearts the family announces that Agnes died on October 26, 2019, at the age of 84, at the Health Sciences Centre.
She now joins Peter, her late husband, who died in December 1984, following which Agnes developed an independent lifestyle, first in her home and later in the apartment at KingsfordHaus, a place where her door was always open. She will be missed by her children, grandchildren and two great-grandchildren.
Agnes Klassen was born in the village of Rosenort, Fernheim, Paraguay on August 2, 1935. She was the oldest of eight siblings born to Jakob and Lena (Regier) Klassen. In November of 1954 she married Peter Klassen, also from Fernheim. After a few years of living and working in different places in the Paraguayan Chaco, the family moved to Uruguay where they lived and worked first in the Mennonite community of Delta and later in Montevideo, the capital of Uruguay. In 1965, now with three children, the family moved back to Fernheim. Two more children joined the family there. Five years later, another move, again to the community of Delta in Uruguay. The biggest move was in 1975 to Canada, where they settled in Winnipeg, MB.
A funeral service will be held at Springfield Heights on Wednesday, November 20, 2019 at 2:00 p.m. Interment will follow the service at Sage Creek Cemetery