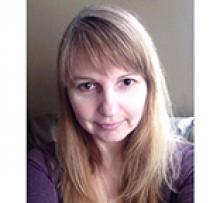 
It is with great sadness that we announce the passing of Rachelle Pomfrey, at the age of 44 years, who passed away on November 24, 2019, from her battle with stomach cancer, at the St. Boniface Hospital in Winnipeg, MB.
Rachelle will be lovingly missed by her two cherished children, Desiree Pomfrey and Dallas Pomfrey, as well as her mother Monique Boulet (Gilles), father Henri Dupont (Lynne), brother Rejean Boulet (Elda), sister Ginette Ripley (John), brother Daniel Dupont, and sister Janelle Dupont. She also leaves behind her nieces and nephews, Katelyn Hunter, Blake Hunter, Tiana Boulet and Rafael Boulet.
Rachelle was predeceased by her father Gilles Boulet.
Rachelle was a woman of faith and we know she has been welcomed in heaven by her father Gilles, her three children lost in pregnancy, and her grandparents and dear friend Carla who also passed away this year from stomach cancer. Rachelle was a special woman who loved her family and friends and had a special place in her heart for special needs children. She spent her career as a teacher's assistant in Brandon, MB where she was able to touch the lives of many children through her years.
Rachelle loved art and passed that love on to her children. In 2007 Rachelle published a book called "ABC Kids" which she wrote and illustrated. Rachelle loved to spend time with her children first and foremost and they were her entire world. Rachelle loved dogs and raised many puppies over the years which brought her much joy. She also loved to play cards and cherished her many cribbage games with her Papa Henri.
The family wants to thank everyone for their many prayers over the last year with her battle with cancer and we are especially thankful to all the nurses and doctors who showed such kindness to her during this difficult time. A special thank you goes out to Stacy and Maggie in Palliative Care for being so amazing during her last week on earth. Rachelle's family would also like to thank her mother Monique for taking care of her in her last five months during her most difficult battle.
Funeral Liturgy will be celebrated on Saturday, November 30 at 1:30 p.m. at St. Georges Roman Catholic Church with prayers at 1:00 p.m. Interment will follow in the parish cemetery.
In lieu of flowers, Rachelle's wish was to raise money for a water well through World Vision. Due to her cancer she was unable to drink any fluids and wanted her last mission to be to help those who also don't have water.