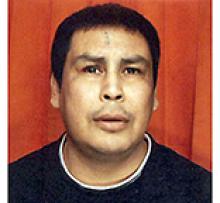 Vince was born and raised on Grassy Narrows First Nations, Ontario. His childhood and teenage years were difficult and presented him with many challenges, loss and suffering. At age 17 Vince married Kimberly McKay; the couple had four children, who were ultimately taken into care; and his wife passed away when he was a young adult. In 2004, after his release from prison, Vince made a commitment to work hard at living a better life and to be a "good man". He succeeded!
Vince embraced the supports offered to him and engaged in opportunities for support, treatment and healing to help him manage his life in a healthier and safer way. Vince allowed the softer side of himself to be revealed and grow, often showing his kindness, caring, support of friends and generosity. He could be a hard worker who took pride in his work and accomplishments. Vince enjoyed many aspects of life and particularly revelled in spending time with friends, shopping for new clothes, playing cards, being out of doors camping and swimming, and eating Chinese food. He was shy and quiet but had a grin that was large and contagious! Vince appreciated living much of his life with good friends and people who he cared about and who cared about him. He re-established a deep connection with his father who passed in 2015, a loss Vince struggled to come to terms with. Vince was a spiritual man who spent many years of his life committed to Indigenous spiritual healing practices. He appeared ready to join his wife, father and mother in the spirit world over the course of his final weeks on mother earth.
Vince is survived by four sons he spent the last decade unsuccessfully making efforts to locate in his desire to reconnect with them, and will be missed by his 'family' that consisted of friends and supports who have been by his side over the last 18 years.
Deep appreciation to the wonderful team at PSNP/PASS whose support of Vince enabled him to live out his life with a degree of stability, care and joy he had not previously experienced; the staff and volunteers of CoSA who joined with him on his walk and whom he had so many meaningful and fun times with; his family at FPS who provided him care, support, healing opportunities and friendship; the Seven Oaks Dialysis Unit for their care, concern and patience and for the team at Turning Leaf who provided him with great care and support in his final months of life.
Vince may be remembered by donations in his name to a charity meaningful to those wishing to recognize him.
A Commemorative Service will be held 10:00 a.m. on Tuesday, December 3, 2019 at Bardal Funeral Home, 843 Sherbrook Street, Winnipeg.