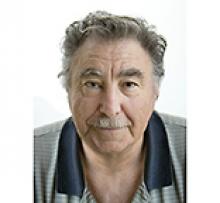 Peacefully, surrounded by his four children and many grandchildren, Robert "Bob" Boroski joined his beloved wife of 60 years.
Bob was predeceased by wife Peggy in 2017 and his son-in-law Ronald Bodie earlier this year.
Left to mourn are his children: Susan Bodie and children Kyle (Brittany) and their son Remy, Mathew (Alexandra), and son Caden, and Kara Bodie; Sandra and Lenn Carlson and their sons, Mark, Jordan (Lyndsey), Brett and Jason; Brenda and Trevor Westwood and their children, Leesa, Maiya and Peter; Bruce and Wendy Boroski and their children, Tia (Alex), Ali (Ryan) Wiebe, and Adam. Also mourning are his brothers, Richard (Heather) Boroski and Bobby (Marion) Garrett; as well as numerous nieces, nephews, cousins and friends. He will be missed at the weekly visits with close cousin Nancy Wasylyk, the Sunday brunch group, and wonderful neighbours, Bob Gruszecky and his family.
Bob was born in Winnipeg, MB April 28, 1936 to Nettie and Edmund Boroski. His early years were spent horsing around and getting into mischief with his brothers and cousin Denis Wasylyk on the farm in Narol.
After moving to Winnipeg he attended George V School where, after many years, he continued to see friends and attended reunions regularly. He attended Tech Voc for his high school education. Bob was a great athlete who loved all sports and passed this love of sport on to his children and grandchildren. He was especially good at hockey and regaled us with stories from playing shinny with the boys in the north end to being scouted in the Navy league and protected by the Rangers in the late 1950s.
Bob joined the Royal Canadian Navy in 1955 and became both an electrical apprentice and a communications officer. While he was stationed in Ottawa for training he went to a local dance where he saw a beautiful girl with the blackest hair he had ever seen and fell in love with his darling Peggy at first sight. Three months later they married and moved to his new posting in Churchill, MB.
After leaving the navy and moving back to Winnipeg, being a true salesman, Bob took a job selling furniture and appliances. He then joined the family businesses: Polyethylene Bag Co. and Grainmaster Manufacturing. He retired from Grainmaster in 1988 and joined his brother Bobby Garrett, and Peggy at Sur-Seal Fastening Systems Ltd.
Bob and Peggy built their dream home in East St. Paul, where they raised their four children and were very involved in the community. Their house was the scene of many gatherings of aunts, uncles, cousins and neighbours. It was a house full of love and joy.
In his later years, Bob faced many health challenges; three different kinds of cancer, diabetes, blindness and the loss of his dear wife. Through it all he remained a positive and loving presence in the lives of his children and grandchildren, sharing dad-jokes and puns and always making people laugh. He loved to share his wisdom of many things, his favourite being financial advice.
Bob was a man of great character and integrity. He was kind, honest, hardworking, loyal and loving. He led by example and genuinely wanted the best for everyone he knew. He was a life-long learner and teacher, he even kept up to date with technology at 83! His gratitude for life and the people in it was apparent to all that knew him. He would thank nurses for administering injections and anyone who did anything for him, big or small. We would often joke that you could serve him a plate of leather and he would thank you for a great meal or if you stepped on his foot, he would apologize, then thank you for it.
Above all, family was his greatest pride and joy, and good luck escaping when he started to brag about his children and grandchildren!
Cremation has taken place and as per Bob's wish, there will be no funeral. A Celebration of Life will be held at a date to be determined.
Flowers respectfully declined. In lieu, donations may be made to the CancerCare Manitoba Foundation or the Heart & Stroke Foundation of Manitoba.
We would like to thank the home care workers who took care of him and the caring staff at Selkirk Regional Hospital who were so wonderful and kind to us during our time there.

Thank you Dad, for your unconditional love and guidance throughout our lives.
We always said we were the luckiest kids
in the world to have you and Mom
and we weren't wrong.
We will love you and miss you forever.