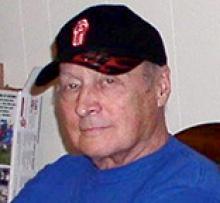 It is with heartfelt sadness we announce the passing of John Dennis Wiebe.
John passed away peacefully in his sleep, after a brief battle with Dementia, in the city of Winnipeg on December 4, 2019, at the age of 79.
John was born in Steinbach, Manitoba January 28, 1940, moving to Winnipeg in 1961. Although John remained single throughout his life, he shared his life and love, choosing to live with, and help care for his mom after the passing of his father in 1963.
His family included his sister Jeannette Wiebe and her husband Peter and his nephew Darren and niece Sheila. John was always close and present in their lives.
He leaves to mourn his sister Jeannette Wiebe; nephew Darren Wiebe and niece Sheila (Stephen) Corbin. Predeceased by his parents, Mary (Doerksen) Wiebe and John Wiebe and brother-in-law Peter Wiebe.
John was employed as a long distant truck driver for over 50 years. He started with A & H where his father taught him to drive at the age of 23. He also hauled for Imperial Roadways, Gateway Papers and Custom Transport. He developed many friendships throughout his travels in Canada and USA, known by his handle "The Paper Boy." John retired at the age of 70 from Custom Transport. His favourite saying was "I've driven more miles backwards than you have forwards."
His fond memories included recounting fun times growing up with his lifelong friends in Steinbach, playing pool, camping and snowmobiling. His classic 1970 convertible was a joy for him to drive on nice sunny days and he always got a chuckle being asked if he gave rides.
He had a love for animals and enjoyed having and interacting with family pets. Dixie was a very special dog and helped him transition into retirement, enjoying warm summer afternoons relaxing in the backyard.
A special thank you to the staff at Beacon Hill Lodge for taking such good care of John over the past 17 months.
In honour of John's wishes, cremation has taken place and a private family interment will take place at a later date.
Donations may be made in his memory to the Winnipeg Humane Society.