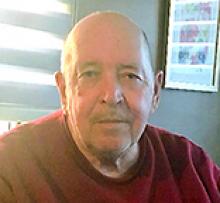 
With his family by his side, we lost our beloved Eddy, Pops, Grandpa at St. Boniface Hospital. He endured a brief battle with a rare form of bone marrow cancer and he was a true hero throughout the ordeals of many blood transfusions and chemotherapy. He never wanted to give up as he did not want to leave his family.
Eddy is survived by his beloved wife and best friend of 50 years, Elaine, who cannot imagine life without him; his children, who adored him, Lisa (Darryl), Bradley (Jessica), and precious granddaughter Erin (whom he lovingly called "Toodles"); brother Lawrence (Dorothy); twin brother Ted (Bonnie); sister Sally; and numerous nieces and nephews.
Eddy was predeceased by his parents, Victor and Anne; his in-laws, John and Olga (Bahrey); and son Jonathan.
Eddy's family cannot express enough love and admiration to the staff of 6E Medicine at St. Boniface Hospital. They are all angels. Special hugs to Isaac and Don.
A private memorial service will take place at a later date.
In lieu of flowers, donations in Eddy's name would be appreciated to The Canadian Cancer Society or Siloam Mission.

You will forever be in our hearts.
We love you and miss you.