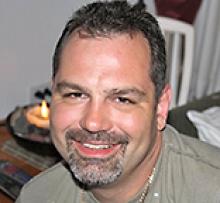 It is with great sadness we announce the sudden passing of Darren Ward Letwin, aged 45.
Darren leaves behind his only child, Kurtis, and his mother, Audrey, along with numerous family and friends. Darren was a hard worker and spent over 20 years as an owner-operator truck driver with CN Rail. His dedication to "shifting gears" made him a reliable and senior employee at CN. BW 17 has officially signed off for the last time.
Darren's biggest accomplishment was becoming a father to an amazing son. He did all he could do to provide and be a good role model for Kurtis over the years. Kurtis will carry forward the Letwin name in honour of his father and will miss his time with his dad tremendously.
His other passion was time spent with family and friends in Gull Lake/Thalberg. You could find him on a tractor or on a quad with his cousin Dan getting into some kind of crazy predicament together! He treasured his relationship with Dan and missed those times together.
Darren was predeceased by his hero; his father Paul in 2004 along with many other influential and important people in the last 10 years.
Cremation has taken place and a Celebration of Life will be planned at a later date.
The family wants to thank all the people who stepped up throughout the years to help Darren and particularly his best friend, Kevin who was always there when Darren needed help. He knew he could always depend on Kevin from age six until his passing. Thank you, Kevin, for that. A special thanks to every CN employee who assisted with the help required during this difficult time.