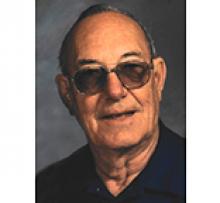 
After a brief battle with cancer, Dick passed away at Riverview Health Centre on December 14, 2019. We take comfort in knowing that he has gone to join Mom (Betty), his wife of 64 years who he missed dearly with her passing in 2018.
He is survived by four children, Mike, Barb (Al), Bruce (Lori) and Paul (Debbie); nine grandchildren; and nine great-grandchildren. He is also survived by older brother Emerick and younger brother Gordon.
Dad grew up in Fort Garry, where he met Betty, married and started their family. They moved to St. Andrews where he taught us to work hard and to help others when they needed. He was a maintenance mechanic with Christie Biscuits until they closed. He then transferred to Nabisco in Niagara Falls as a maintenance supervisor until his retirement. After returning to St. Andrews, family, friends and neighbours could always count on him to help out when needed and to fix most anything they brought to him for repairs. Unfortunately, cancer was one thing he could not fix.
As per Dad's wishes, a private family service is planned for a later date.
In lieu of flowers, donations can be made to Canadian Cancer Society or a charity of your choice.