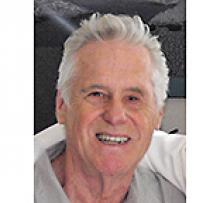 It is with great sadness we announce the peaceful passing of Stewart, on December 18 with his family by his side.
He was predeceased by his parents, Robert and Jean; stepfather Johnnie; brothers, Gordon and Billie; and his wife Leona.
He is survived by his partner Janet; his children, Joanne (Willie) Vielhaber, Tracy Olafson and Glenn. He will be lovingly remembered by his grandchildren, Robert (Shelbie), Matthew (Kacie), Sean (Laura) and Marlee (Hudson).
Stewart's career started as a printer, while working he obtained his teaching certificate then taught in Winnipeg elementary schools for a short period. Soon after that his final career move was to graphic arts instructor at Red River College until his retirement.
Dad loved sport, in his younger years he played lacrosse and football, then later took up curling. He encouraged his children to participate in sports and even coached some of their teams. Once his grandchildren became involved in sports he attended as many events as possible, and if unable to attend usually phoned for a play by play update later.
A "come and go" Celebration of Life will be held on January 4 from 2:00 p.m. to 6:00 p.m. at the Elmwood Legion, 920 Nairn Avenue.
In lieu of flowers, please make a donation in Stewart's memory to a charity of your choice.

Peacefully with his family by his side, Stewart passed away on December 18, 2019.
A complete obituary with the service details will follow.