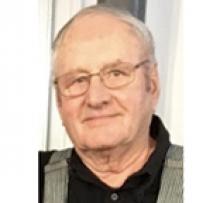 
It is with great sadness and shock that we announce the passing of Frederick John Austin, on Saturday, December 21, 2019, at the age of 80.
Fred was born in Deloraine, Manitoba and raised in Waskada.
He was predeceased by his parents: John and Marjory Austin, as well as brother Lorne Austin (Carol). Remaining siblings include Dianne Elson (Bob), Ken Austin (Dorothy), David Austin (Cindy), Margaret Temple (Bob) and Barb Lumsden.
Fred joined the Air Force as a young man and was stationed in Cold Lake, Alberta. After discharge, he worked construction on heavy equipment and met his wife Judy while employed on a project in Pine Falls, Manitoba. Fred and Judy were married 51 years and resided in Winnipeg where they raised two children; Kevin (Brenda) and Kimberley Siemens (Robert). Fred was a proud grandfather to Hailey Forsen.
Fred worked as a Mechanic and Test Stand Supervisor at Standard Aero for more than 30 years and retired at age 62 to enjoy travelling, camping and being outdoors. He suffered no illness or disease prior to his passing; he simply enjoyed a snowmobile ride and a bowl of soup on a beautiful winter day and then slipped from this world on to the next.
Cremation will take place and an event celebrating Fred's life will be planned in January for his many relatives, friends, colleagues, and neighbours to celebrate his life.