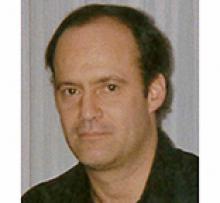 It is with profound sadness that we announce the passing of René Gagné, on December 1, 2019, aged 66, following a lengthy illness, at the St. Pierre De Salaberry District Health Centre.
He is survived by his son Daniel Gagné; his mother Cecile Gagné (nee Roy); four sisters: Lisette (Denis) Phaneuf, Monique (Kelly) Prang, Carmel (Lucien) Poirier and Chantal Gagné; and brother Marc (Daisy) Gagné; and their families.
René was predeceased by his daughter Nina Duhamel; his father Benoit Gagné; stepdad Jean-Louis Coutu; sister Gisele Marion; brother-in-law René Marion; and nephew Colin Phaneuf.
René will be truly missed by all those whose hearts he touched. He was a hard worker and gave his 110% in all jobs he took on. He was compassionate, kind, selfless and giving person. We are so blessed to have had him in our lives. The void he is leaving in our hearts will never be filled.
A tribute of his life and eulogy will be held on Saturday, January 11, 2020, at 1:00 p.m. prior to the memorial service at 1:30 p.m. at St. Pierre Roman Catholic Church, 448 Rue Joubert, St. Pierre, MB.
On behalf of the family, we extend our sincere gratitude to Dr. Nazir and all the nurses for the caring and compassion given to René, along with all staff members who were part of René's care.
In lieu of flowers, donations in memory of René can be made Southern Health-Santé Sud (In memo line: De Salaberry District Health Centre).