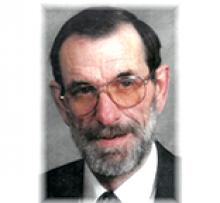 Peacefully, with family by his side, Lou passed away on December 30 in the ICU at Grace Hospital in Winnipeg.
Lou was predeceased by his mother Ruth Bowman (Klinger), father John Bowman, and daughter-in-law Amy Hawkins-Bowman. He will be missed by his wife Elaine; children, Patrick (Leslea) and Christopher (Robin); grandchildren, Kataryna, Elias, Lucia, Natalia, Benjamin and Jonathan; as well as sisters, Shirley Bodimer, Katherine Powelson, and Mary Humphries, along with countless family and friends.
Lou was a vibrant and larger-than-life personality. Somehow in every situation he managed to be both the hardest worker behind the scenes, doing the little and big jobs that otherwise go unnoticed, while also being the loudest most easily recognized cheerleader inspiring others to do their best. Nowhere was this more true than in his work with youth throughout his adult life. Generations of kids made it through their hardest and best formative years with Lou as a key guide, confidante, and inspiration.
While being known for the occasional embellishment around the campfire or the portage trail, Lou did not have an easy early life. Lou was born in St. Louis, Missouri in 1937. His mother died when he was very young and his father went to fight in the Second World War as a United States Marine, leaving Lou and his sisters in the care of an orphans home. For all those who heard the stories, yes, the part about running away from home at 16 to join the circus was true, as was following in his father's footsteps to the Marine Corps at 17. The other gems, covering everything from forced production of sauerkraut to falling off cliffs, will remain of legend.
After his discharge he worked for the Sperry rail company which brought him to Vancouver where he met Elaine, the woman who would put up with him and be buoyed by him for 53 years. Lou made his career repairing electronics, Xerox copiers, and later specialized engineering printers. He was always fascinated by computers and electronics and was an early adopter before it became a thing. The Bowmans had a personal computer in their home long before most families knew what one was.
Lou's involvement with Scouts covered over four decades where he was seen at local, provincial, national and international events, and when not seen he was certainly heard. Countless Scouts grew up with his booming chants and wild tales, on adventures from Australia and Kananaskis, to Quetico and Birds Hill. Canoeing, rock climbing, camping outdoors at -30 or just putting up a tent for the first time, it didn't matter - if there were kids in need of adventure and inspiration, he was there. In giant groups of younger kids, he was "Turkey" (slyly self- named to allow the kids to be just a touch naughty) who came home hoarse from every camp, to the thanks of parents whose kids slept better than ever before after a wholesome weekend of fresh air and Lou's antics (until they got sick of the songs he taught them). In smaller groups of older teens, he was the guy who would always have time, never judge, always have faith in you and never fail to help. Aided by Elaine who dished out endless breakfasts and perogies to all gathered while she called them crazy for whatever adventure they were about to embark on, they created a space that was, oddly and uniquely, safe and supportive. Few of any age left their contacts with Lou without feeling both valued for who they were, and enabled to accomplish anything to which they put their minds.
Lou brought the same passion to work with the Ukrainian youth camp, where his climbing wall and zip line were the highlight of so many summers. Still setting up the scaffolding and zip line each year, well into his 70s, captures the spirit and vigour Lou brought to every task. Lou's impact on the Folklorama Kyiv pavilion and Holy Eucharist Church youth clubs were similarly profound.
The luckiest of all were Lou's grandkids who had all the same devotion, with undivided attention. Whether building every crazy (read: dangerous) playhouse element or just being present as "grandpa silly-willie" to play (read: rile up) once his building days were over, Lou earned the same thankful scorn from a new generation of parents, this time his own children.
Funeral services will be held at Holy Eucharist Church, 505 Watt St., Saturday, January 11 at 10:00 a.m.
This obituary may be viewed online at the Korban Funeral Chapel website.
In lieu of flowers, donations may be made to a charity of your choice.