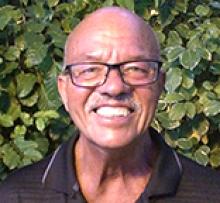 Peter George Dyck, of Winkler, Manitoba, died Sunday, January 5, 2020, at the age of 73. In the last four years of his life he suffered from a rare disorder - Progressive Supranuclear Palsy which adversely affected his mobility, balance and muscle strength leaving him weak and bedridden at the time of death. Peter George passed away, surrounded by his wife Irene, their three children, Patrick, Shannon and Becky, their spouses and his grandchildren.
Peter George Dyck was born on November 22, 1946, in Winkler Hospital, to George P. and Lynda Dyck who farmed between Winkler and Morden, Manitoba. Peter was predeceased by his parents and older sister, Katherine. His living siblings, Louise, John, Kelvin and Don mourn the loss of an energetic and widely respected brother.
Peter grew up on the family farm, attending Zion Elementary School, Winkler High School, Winkler Bible School and Mennonite Brethren Bible College in Winnipeg. He was gifted as a musician and grew up playing the piano and trumpet and singing in church and school choirs. Later in life he would teach music part time in local high schools and direct music bands.
Peter married Irene Falk in October 5, 1968 and they had three children: Patrick 1971, Shannon 1973 and Becky 1979. While spending the majority of his life expanding the family farm, he was very active in local civic affairs, serving as a board member and chair of Winkler Credit Union, board member and Chair of Garden Valley School Division and 16 years as an elected Member of the Manitoba Legislature, representing the constituency of Pembina. Early in his life, Peter George made a firm commitment to Jesus Christ and that manifested itself in his summer spent at Inter-Varsity's Manitoba Pioneer Camp, his active work with Winkler Bible Camp and service as a choir director, council member and moderator of the Winkler Mennonite Brethren Church. His strong faith in God was evident in his family, civic and church life. He enjoyed church and community work. In church, he relished teaching Sunday school and serving as choir director for 28 years. Peter George enjoyed watching his children and grandchildren growing up into mature, responsible adults who lived life to the fullest. He was proud of their individual achievements and encouraged them to pursue their goals. Peter felt most alive when he had his children and grandchildren around him. Epithet: "Life is not fair, but I can't complain."
A private family service was held.
The family would like to thank the staff of Silver Linings Care at the Villages West for the excellent care Peter received while living there, Peter Loewen from Country Cycle for giving Peter regular massages and to Dr. Lane and the Palliative Care nurses for their care.
If friends so desire, donations may be made in Peter George's memory to either the Canadian Food Grains Bank or to the Buhler Active Living Centre, designated to Winkler Villages for Older Adults.