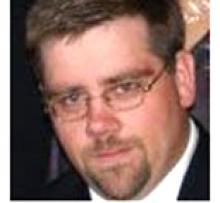 With heavy hearts, the Tingle family is announcing the passing of William Glen Tingle in Neepawa, on October 11, 2019.
Glen leaves behind his wife of 20 years, Charlette; and his two sons, James, 18 and William, 16. He also leaves behind his father James Tingle and his brother Tyler Tingle. Glen was predeceased by Carolyn Tingle on November 12, 2008.
He was born in Merrit, BC on February 10, 1973. He grew up in Merrit and volunteered with the Lions Club and worked with the local fire department as a volunteer firefighter. After getting married in 1999 in Quilchena, BC, he moved to Winnipeg, Manitoba and started his family and career at a large retail company in advertising and graphic design. Years later he moved out of advertising and graphic design and became a member of the floor staff to interact directly with customers, where he would soon become an assistant team leader. He and his family moved to Newfoundland to be an assistant team leader for a year and a half. Shortly after he moved on to become a manger of a retail store in Neepawa.
Glen was loved by everyone he met due to his amazing personality and his great sense of humour. He would always help out in anyway he could using the skills he gained throughout his life. He enjoyed spending time with his family, cooking and baking, reading a long novel and playing the drums.
In lieu of flowers, please consider making a donation to the Cats TNR. Glen supported the Cats TNR for his time in Neepawa.
A private service will be held in Winnipeg.