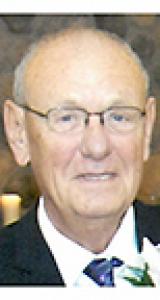 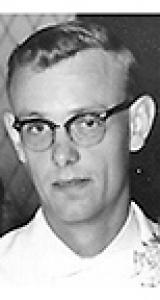 
It is with deep sadness that we announce the passing of our beloved husband, father, grandfather and brother.
Doug passed away peacefully on Sunday, January 5, at St. Boniface Hospital surrounded by loving family.
He leaves to mourn his wife of 53 years, Christine; children, Michael (Kristin), Jodi (Rick), Nichole, Randy (Jennifer); grandchildren, Sarah, Kaitlyn, Daria, Emily, Hannah, Tilia and, the latest addition, Ella. Doug had a very special and unique connection with his granddaughter Tilia.
Doug is also survived by brothers, Les (Cleta), Wally (Margaret); as well as numerous nieces and nephews including his nephew Ken with whom he had a special connection.
He was predeceased by his parents, John and Cecilia; brother John; aunt Laura; uncle Ben; and daughter, in infancy, Krystal.
Doug was born in Port Arthur, ON. The family moved many times during his childhood, including homes in Beardmore, SK, Virden, MB, Weekes, SK, Langenburg, SK, Winnipeg, MB, Sperling, MB and finally back to Winnipeg in 1964 where he lived until his passing last week.
After leaving school, prior to completing grade 10, he worked several jobs as a young adult including in farming, time at Canadian Footwear and runway work at the airport. After meeting John Sheppard, he began his electrical apprenticeship working with John, Winnipeg Supply and ABCO Supply. His work ethic and attention to detail led him to the decision to start Madsen Electric in 1975.
It was during his early years as an electrician that he met the love of his life, Christine Kirkpatrick, from Flin Flon. After a whirlwind romance, they married in 1966. A memorable honeymoon to Expo 67 the next year started a lifelong love of travel and outdoor adventure. It was not long before their four children were born, starting with Michael in 1969, followed by Jodi in 1972, Nichole in 1976 and Randy in 1978.
In the years that followed, Doug and Christine were kept busy with an expanding family, growing the business and purchasing the cottage. Weekends year round were spent at the Nutimik Lake cottage, always outdoors, either in the boat, snowmobiling or working on the never ending list of improvements cottage life required.
Through hard work and dedicated employees, such as Rene Lacroix, Madsen Electric grew into a successful family business. The list of projects completed was enormous and Doug took pride in pointing these out anytime he would pass by them with friends or family.
In retirement Doug and Christine loved to travel as a couple. Some of their memorable destinations included China, Denmark, Spain, Russia, Alaska, Nascar road trips and many winter trips to Palm Springs.
He became an avid golfer and also enjoyed snowmobiling, especially with good friend Jack McCallum.
Doug was a member of the North Kildonan AA group and it's Fellowship changed the trajectory of his life. He was extremely proud of his 27 years of sobriety, as were we all.
Doug was a friend and mentor to many. He enjoyed nothing more than a good spirited conversation. He was an amazing father and grandfather. He loved being surrounded by his family and we loved being with him. He will be profoundly missed.
The family would like to thank St. Boniface Hospital including the ER staff, Dr. Bhangoo and the teams on 5E.
Memorial service will be held on Wednesday January 15, at 2:00 p.m. at Green Acres Funeral Home, Hwy. #1 East at Navin Road, Winnipeg, MB.
In acknowledgement of Doug's love of animals, donations, in lieu of flowers, can be made to any animal related charity of your choosing.