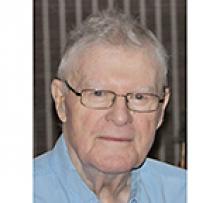 Peacefully on January 8, 2020, Brian Rodden King, father, brother and grandfather, of Winnipeg, Manitoba, passed away at age 87.
Brian was born in Reston, Manitoba, on April 3, 1932, to John L. and Ruby C. King. Brian worked for the Province of Manitoba for 33 years where he had many enduring friendships, retiring in 1993. Brian was involved in minor hockey in St. James for many years, new home construction and was a longtime member and volunteer at the Irish Association of Manitoba.
Brian was preceded in death by his wife Marlene in 2000; his brother Dr. John L. King in 1967; his father in 1973; and his mother in 1977.
He is survived by his daughter Robin Sumka (Mark); his son Kevin of Calgary; a sister, Robin Phillips (Ross) of Calgary; grandchildren, Chelsea and Travis Sumka, Kianna and Kayla King; brother-in-law Rick Wall (Ida) of Texas; and several cousins, nieces and nephews.
The family would like to thank the staff at Middlechurch Home of Winnipeg, Units N1 and B2, who provided care for Brian the past two years.
As per Brian's wishes, cremation has taken place. A private family service and interment will take place at a later date.
In lieu of flowers, donations may be made to Heart & Stroke Foundation of Manitoba.