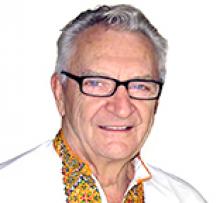 It is with heavy hearts that we say goodbye to beloved husband, father, gigi and brother, Merv Zolkewich.
Merv leaves to mourn his loving wife Christine of 55 years; daughters, Shelley (Ivan), Kimberly (Kevin) and son Bradley (Miriam); grandchildren, Clark, Jada, Jacob, Bodhi and Mavrik; sisters, Natalie (Ron), Myrtle and sister-in-law Gail and several nieces and nephews, as well as many relatives in Ukraine.
He was predeceased by his brother Mike; brother-in-law Paul; father Harry and mother Mary.
Merv was born in Poplarfield, Manitoba and began his career as a teacher, serving at schools throughout northern Manitoba. After a successful career in sales, he purchased the Gimli Theatre and began a lifelong love of entrepreneurship.
He was a fan of the great outdoors, enjoying fishing, hunting and camping with family and friends. Merv also loved vintage automobiles, transforming several old clunkers to shining showpieces. He cherished the dozens and dozens of vacations he took with his wife, visiting Mexico, Texas, Hawaii and Arizona. Perhaps his most memorable trip was to Ukraine, where he visited his family's homestead and surrounding villages. Merv's most enduring role was that of a teacher, whether he was in the classroom, sitting at the kitchen table, or leaning over an engine. His lessons will always be treasured.
A special thanks to the nursing staff at Gimli Community Health Centre for their compassionate care of Merv and our family during his short stay in hospital.
Cremation has taken place. At the request of the family, no funeral service will take place.