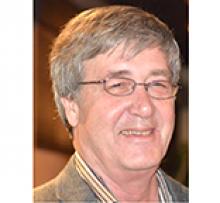 
Bill passed away peacefully on January 13, 2020 at the age of 72 at home, with his daughter, Cathy, by his side.
Bill was predeceased by his beloved parents, Agnes and Dave; grandmother Mary Jernberg; grandfather Fred; his aunt Dorothy Wales; his cousin Andy Wales and uncles, Don Hamilton and Jack Wales.
Bill is survived by his beloved daughter Cathy; sister Barbara (Jim Smith); cousin Sally McCulloch (Dave) and their children, Cara (Scott Westman), David (Jessica) and Mike (Tiffany Helmkay) and their families. Also surviving Bill are Andy's children, Jenna and Trent and their mother Brenda Wales (Rick Hurley); Cathy's mom Susan; Barbara's sister-in-law Serena Kraayeveld; Dan Kraayeveld and Bill's cousins, Doug (Mary Ellen) of California and Ken (Amy) of New Jersey.
Bill always had fond memories of his years and friendships at Silver Heights Collegiate, University of Winnipeg and Robson Hall Law School. In 1972 he articled at the firm Thompson Dorfman Sweatman and continued his distinguished career there until his appointment as Chair of the Labour Board of Manitoba in 2005. Bill was a preeminent and respected labour relations counsel and labour arbitrator, as evidenced by the following comments from some of his colleagues:
"Many of Bill's written decisions stand as the seminal cases relied upon by Manitoba labour lawyers on a variety of issues….He was known as the 'Oracle' as a result of his unbelievable breadth of knowledge in the area of labour law and his uncanny ability to recall specific cases….Bill was a funny, thoughtful and generous partner."
"As an adjudicator, Bill was always thoughtful, fair, scrupulously prepared, and engaging….He understood so well the importance of a fair, impartial, and expert tribunal to assist parties in resolving their disputes…"
"He was always extremely patient with me as a young lawyer…he was always helpful and engaging…always funny."
Bill's family and friends know that Cathy was the apple of his eye and that she continuously brought him enormous joy throughout his life. They had a special relationship that words cannot adequately describe.
The family would like to acknowledge the special relationships Bill had with his colleagues and friends, Colin Robinson, Diane Jones, Marg Hetzler, and his caregiver and friend Raffy Villaflor. The family wishes to thank them all for their steadfast support to Bill, and them, these past several years.
In accordance with Bill's wishes, cremation has taken place and no service will be held. Bill's remains will be laid to rest beside his mom and dad.
Flowers are gratefully declined. If anyone so desires, a donation may be made to CancerCare Manitoba, 1160-675 McDermot Ave., Winnipeg, MB R3E 0V9 or to a charity of one's choice.