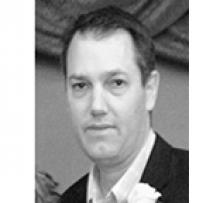 
Craig Alan Del Bigio, aged 58, died on January 11, 2020, in Vancouver, related to complications of AL Amyloidosis, a rare blood disorder.
Craig was born in Winnipeg on December 24, 1961. Craig told people he was born in the "wire room". Craig's life passion was electrical. He worked in the electrical industry his whole adult life, both in Winnipeg, MB and the Lower Mainland, BC, right up until his untimely death.
He is survived by his wife Suzanne Hrynyk; his children, Ryan (Madison), Chelsea and Grace Gudmundson; his father Rowland; sister Arlene; brother Bruce (Wendy); Aunt Marion Goodwin; lifelong friend Bob Little, and numerous extended family members.
He was preceded by his mother Margaret.
Craig grew up in River Heights spending much of his time playing street hockey with friends, getting into trouble with Bob and spending time with family at the cottage. Craig started sweeping the floors at Del's Electric at age eight. He often spoke of how much he owed to Rowland for his career and strong work ethic.
Craig loved being a father by spending time watching sports and dance with Ryan, Chelsea and Grace. He continued to support them in their journey into adulthood and enjoyed watching them mature and succeed.
Craig was the ultimate dog person. It was often said that he preferred dogs to people. Many hours were spent with Spats, Stewart and Zoe. Dog walking was a great form of stress release for him.
Craig's passion was electrical. Craig was an integral part of the family business at Del's Distributors until 2002. Upon leaving Del's he worked for a few different electrical wholesale companies. Craig gained many friends and colleagues in Winnipeg and the Lower Mainland. He was never afraid to get his hands dirty. From being a partner in the family company to counting inventory, Craig had done it all. Going to work was a joy for Craig. He continued learning and reading about his products even while in hospital. He most recently enjoyed his work at Nedco, Langley, BC in Senior Inside Sales.
Sports were a favourite hobby. He enjoyed playing hockey and soccer in his younger years. West Ham United, Eagles, Ohio State Football, and 76'ers were his favourite teams. Craig and Suzanne travelled the world to attend many Formula 1 races. They loved watching Lewis Hamilton and were able to meet him on one occasion. He enjoyed trips to Shanghai, Melbourne, Monte Carlo and Singapore to name a few. Craig visited Italy several times and Lake Como captured a special place in is heart. He loved pesto pizza from Italy.
Craig and Suzanne moved to British Columbia in 2017. Craig told people that after 55 winters in Winnipeg, he deserved warmer weather. He loved exploring his new home and adapting to life in the Lower Mainland. He loved driving his electric vehicle - a real dream for a guy who grew up with a passion for electrical.
A memorial service honouring Craig's life will be held at Northwood Community Centre, Winnipeg on March 15, 2020 at 2:00 p.m. As per Craig's wishes he has been cremated and his ashes will be dispersed.
Contributions in memory of Craig may be made to: support.vghfoundation.ca/goto/craig-del-bigio. It is our hope that donations will assist with research and raise awareness about Amyloidosis - the disease that claimed his life too soon.
Arrangements under the direction of Amherst Funeral & Cremation Services Inc., Vancouver, BC.