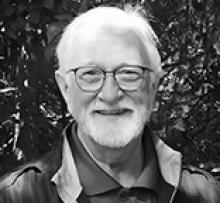 
Greg passed away at Niagara District Hospital on January 12, 2020, after a short time in hospital. He left us peacefully, with family at his side and his beloved canine companion, Simon, in his heart.
He will be missed by his sister Trish (Rob), brother Richard (Janet), his nieces and nephew.
Greg was born and raised in Winnipeg. He attended Gordon Bell High School and continued his education at University of Manitoba. His successful career in IT provided him with the opportunity to live in several communities in Ontario. He chose Niagara on the Lake as his home in retirement. During the many years Greg lived in Ontario he remained a dedicated Bombers and Jets fan.
An independent and private man, he wished for the simplicity of a family gathering to honour his memory.
Donations may be made to the Winnipeg Humane Society in Greg's memory.