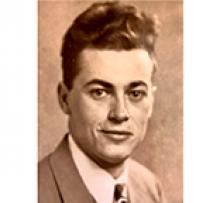 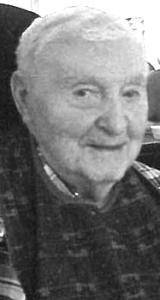 
Unexpectedly, in the evening hours of January 11, we lost the patriarch of our family.
Dad was a husband to Jennie (Jean) for 68 years. He was a father to seven children, a grandfather of 10, and a great-grandfather of 12. As well, he leaves a large extended family here and abroad. Sadly, he was predeceased by his son Michael in the spring of 2015.
Dad was born in Ghent, Belgium on November 1, 1927. He immigrated to Canada as an infant with his parents and sister. Dad was educated and lived his entire life in Winnipeg; working at Canada Cement La Farge until his early retirement.
Dad was a bit of a "jack of all trades". He would try and find a way to fix almost anything. He could paint a house, work on small appliances, and do carpentry work. His last big project was building the family cabin with his sons.
Dad was often described by people who barely knew him as a gentle man because he was quiet spoken and courteous with others. Dad was steady, reliable and predictable; traits that made him a good father. Unfortunately, Dad lost his mobility and independence after a stroke in the fall of 2016. He spent his last years at Tuxedo Villa Extendicare.
We would like to sincerely thank the staff at Tuxedo Villa.
Cremation has taken place and a memorial is planned for the spring.