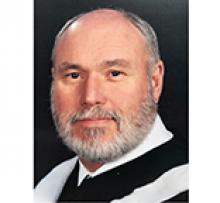 
It is with profound sadness that we announce the passing of Alfred on January 8, 2020.
Al is survived by his daughter Kristen; son Michael; granddaughter Talitha; grandsons, Reilly and Hudson; mother Florence; brother James; nephew Colin; and niece Jessica.
Al was predeceased by his father Alfred Sr. and son Alfred Jr..
After obtaining a Bachelor of Fine Arts degree at the University of Manitoba, specializing in graphic design and photography, Alfred began his career in publishing. In 1980, he co-founded the Winnipeg Sun, staying on as Vice President of Operations until 1991. He also served as Vice President of the Winnipeg Chamber of Commerce; and as President of the Zoological Society of Manitoba, being the first to bring pandas to the Winnipeg Zoo in 1989.
A celebration of Al's life will take place on January 25, 2020 from 3:00 p.m. to 6:00 p.m. at 1114 Rue des Trappistes in Winnipeg.

Condolences may be left at www.alternacremation.ca