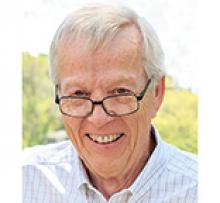 John died peacefully in Winnipeg, Manitoba, with his family by his side, after a brief battle with brain cancer.
John was predeceased by his wife Karen and his parents, William and Muriel Qua. John is survived by his son Michael (Joanne); granddaughters, Jillian and Danielle; sister Pat; and sister-in-law Gera Benoit.
John was born in Winnipeg. He spent his early childhood living in Earl Grey before moving to the Riverview area where he lived his entire life. In 1971, John married his love, Karen.
John joined the Winnipeg Police Department in 1967. John was active in competitive combat shooting and in 1973, he and three teammates won the Canadian Police Combat Championship. John made many lifelong friends before retiring after 31 years. In retirement, John worked for Red River College until his death, where he made many friends he cherished.
John enjoyed listening to CBC Radio One and was an avid follower of politics and current affairs. He loved music and especially Leonard Cohen. John and Karen had Bomber season tickets for over 30 years. John enjoyed entering contests; his biggest wins - an SUV and trips to the World Series, Stanley Cup, and World Juniors.
John started downhill skiing in his 40s and went on one or two big ski trips each year right up to last winter. John's biggest thrill in life was helping his granddaughters learn to ski and taking them to Banff each winter for the past decade.
John and Karen treasured summers at their family cottage at Falcon Lake, entertaining friends and spending time with family. In their later years they enjoyed travelling to many warm destinations.
John will be missed dearly. Per John's wishes, cremation has taken place and there will be no service.