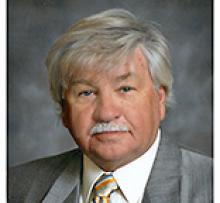 Walter faced challenges in his life straight on and believed nothing was impossible, if you put your mind to it. Unfortunately, health issues are not impressed with strength of character; he died on Saturday, January 11, 2020.
He leaves to mourn, his wife Olga; son Christian (Miranda); grandchildren, Brianna, Nicholas and Sophie. Also heartbroken are his brother, Frank (Deb), and extended family.
Walter was predeceased by his son, Zenon; parents, Walter and Angela; in-laws, Ivan and Maria Smerechuk; brother and sisters-in-law, Michael and Anna Gembarsky, Peter and Anastasia Pawlowsky, Mary Smerechuk; and a niece, Dr. A. Pawlowsky.
Walter lived all his life in Winnipeg and felt deep ties to the North End, as that is where he was born and raised. He believed in hard work, his family, and his church where he was proud to belong to the Knights of Columbus council. His great loves, aside from his family, were fishing at his Lee River cottage, cruising and attending car shows in his GTO, but above all else there was Tenderloin Meat & Sausage. This is where he earned his nickname, the "King of Kobassa". Walter's entrepreneurial spirit and drive to provide the very best homemade meat products for Winnipeggers to enjoy lead to the success of his business, which the family will carry on in his vision.
Memorial Mass will be held on Monday, January 20, 2020, at 10:00 a.m. at St. Nicholas Church, 737 Bannerman Avenue. Honorary pallbearers are Steven Maksymyk, Todd McLeod, Richard Batenchuk, Ron Prokopchuk, Peter Rybuck and Dan Stanski.
The family also wishes to thank the doctors and nurses at St. Boniface Hospital, especially those in the ICU, for their care and compassion during Walter's stay.
Flowers gratefully declined. Please make donations to Juvenile Diabetes Research Foundation, 1000-191 Lombard Avenue, Winnipeg, MB R3B 0X1.