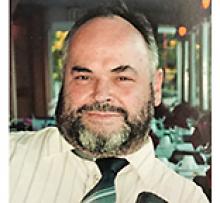 
With sadness, we announce that Robert Hoborough, 76, of Winnipeg, Manitoba, passed away January 9, 2020.
Born July 18, 1943, Robert grew up in Chatfield, Manitoba where he met his wife, Deanna (Taraschuk). They moved to Winnipeg where they raised their three children. Robert was known to be a "jack of all trades" and could build and fix almost anything.
Robert is survived by his loving wife of 50 years, Deanna Hoborough; son Darrell (Tracy) Hoborough; daughter Brenda (David) Gauthier; grandchildren, Madison and Taylor Hoborough and Nathan and Elise Gauthier. Robert is preceded in death by his parents, Henry and Hilda Hoborough; three sisters, Edith, Mary and Dorothy and his youngest son Gregory Hoborough, who passed away April 15, 2019, aged 38.
A Celebration of Life is to be held on Saturday, February 29, 2020 at the CanadInns Transcona, 826 Regent Avenue West, from 1:00 p.m. to 4:00 p.m.