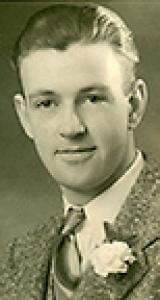 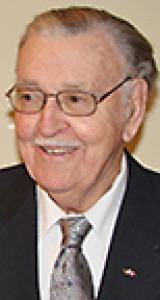 Fred peacefully passed away on Friday, January 17, 2020, at the Stonewall Hospital, at the age of 97 years.
He will be deeply missed by his children, Bryan and Susan; his grandchildren, Robyn, Corey and Samantha; his great-grandson Dario, and numerous nieces and nephews along with extended family.
Fred was predeceased by his beloved wife of 67 years, Joan; his son Earle; his grandson Johnathan-Casey; his parents. Charles and Susan, as well as two brothers and other family members.
Fred was a first generation Canadian, born in Winnipeg but raised on a farm in Foley, Manitoba. He attended a one room school house, where he was the only English speaking family, so he adapted and learned Ukrainian as well. Later he attended high school in Teulon, where he lived during the week at Doctor Hunter's Boys School/dorm. This is where he made many friends and had many fond memories of his school days. His favourite stories were of him and a friend cycling in tandem 22 miles from the farm to school and the troubles they got into.
Dad moved to Winnipeg and completed his grade 12 at Daniel McIntyre Collegiate, where he met the love of his life, Joan Anderton. Joan also worked after school at the pharmacy/soda bar and would make him his favourite banana split. At the end of school, Fred became ill and needed surgery, spending five years in and out of the hospital recuperating. Gone were his dreams of medical school. These were life changing times for him.
Fred and Joan married in 1944 and began a family as he started work with the railway-mail, which later changed to CNR railway and then Via Rail Passenger Services. Dad loved the railway and worked with many close and life-long friends. He was known for his sense of humour, his easy laugh and that wonderful smile. In 1985, Fred retired and began devoting his time to the community and his Masonic Lodge, as well as the Shriners. The Worshipful Brother Fred Slater was a Past Master and a Life Member of Beaver Lodge #139 in Winnipeg since 1966, 53 years. He was Master of this Masonic Lodge twice in the 1970s, active in fundraising drives for CNIB and other charitable causes in Winnipeg. He was also a member of the Scottish Rite. He became a member of the Khartum Shrine in 1980, and was active in their Vintage Car Unit and received their Lifetime Membership Award.
Because his father was a First World War Amputee, Fred got his driver license when he was 12 years old! He drove from the country to Winnipeg for years. He loved cars. With the Shriners, Fred owned and drove a 55 Dodge Royale, and then a 55 Chevy Belair with the Vintage Auto Unit.
He was a loving and devoted husband and father who spent time with his children, keeping busy making sure everyone got to play hockey or baseball or go tobogganing or swimming. Always taking a carload of kids somewhere.
Fred and Joan were longtime residents of Charleswood, where he was active in the early community by getting telephone services, water/sewer, and better hydro connections. He was known to carry many petitions for improvements.
The family would like to thank the medical team at Grace Hospital and all the staff at Stonewall Hospital for their compassion, kindness, and care.
Flowers are gratefully declined in favour of donations to St. Boniface Research Foundation.
A memorial service will be held at 2:00 p.m. on Friday, January 24, 2020, at Chapel Lawn Funeral Home, 4000 Portage Ave., Winnipeg, MB.