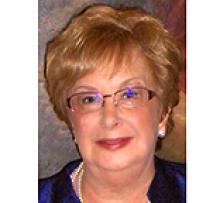 
It is with heavy hearts that we announce the passing of our beloved mother on January 16, 2020, in Winnipeg, MB.
Louise will be lovingly remembered by David, her devoted husband of six years, and sons, Christopher (Caitlin), Michael (Christine) and Jonathan (Lindsey), her brother Peter Bangs, and extended family.
Louise was born on November 27, 1944 in Sudbury, Ontario to Leonard Bangs and Estelle (Chaput). Louise spent her childhood years in Farnham, Quebec until her parents moved the family to Winnipeg, where her father became a senior executive with the Canadian Pacific Railway. Sadly, her father passed away when Louise was just 16; she then went on to graduate from St. Mary's Academy and then from Commercial College. At 18 she put her skill to work as a secretary at St. Paul's High School. It was soon after that she met the love of her life, Richard Shand, during an evening of skating with her childhood friend and St. Mary's classmate, Yvonne Giroux. In 1966, Rick and Louise married and moved to Quebec City where Rick began his career in Aerospace as a Mechanical Engineer for Valcartier.
Rick and Louise returned to Winnipeg, where they raised three sons and cared for Louise's mother, Estelle. In the 1980s, Louise was heavily involved with the community through the Junior League and the United Way. She volunteered for Lloyd Axworthy's federal political campaign, and took on part-time work when times were tough. In her spare time, she was a proud and devoted member of the "Bridge Club" and deeply valued both the longtime and new friendships she made along the way.
When Louise lost her beloved Rick to cancer in 2002, she deftly and lovingly held the family together. Her sons recall how she consistently made sacrifices for the happiness of her children, always putting them first, and ensuring that the loving family that she and Rick had nurtured would live on and be a source of comfort and strength for her boys. The boys are grateful to Louise's brother, Peter Bangs, who supported Louise through this difficult time, and took on the role of father figure in Rick's absence.
Louise had an unwavering and profound faith in the Lord, an abiding deference to the Catholic Church, and a special devotion to the Blessed Virgin Mary, all of which were felt by those around her who were able to witness this special gift and benefit from the blessings that her faith bestowed upon her and those she loved.
Louise was selfless, caring more for others than she cared for herself. She took tremendous pride and joy in her family, buying gifts for loved ones, and opening her home and her table to family for her famous, and regularly scheduled, roast beef and roast chicken dinners. There was always room for everyone at her table and always plenty of food and drink to go around. Family was the center of her world. She tirelessly gave without asking anything in return.
In 2010, Louise reconnected with a childhood friend, David Jobin, and the two were married in 2013. They spent many happy years together enjoying movies, dinners out, some travel, and the opportunity to get to know each other's families.
No words can describe the loss that we feel. Louise - Mom - will be remembered for her quick wit, her generous spirit, and her endless support of family and friends.
A funeral service will be held at St. Ignatius Church on Friday, January 24, 2020 at 11:00 a.m.