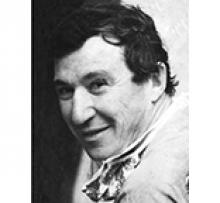 Dr. Norman Hill died peacefully on January 18, 2020.
Norman experienced life intensely. He saw both science and wonder everywhere, and he wanted others to see and feel the same awe. He never stopped trying to learn, teach, and articulate that the brain and mind are, ultimately, a miraculous and mysterious thing. He applied the same perspective to his family, career and pastimes.
Many know him for his charm - he teased and kibitzed and had great comic timing. Little children delighted him. He loved to have fun.
Norm was competitive and revelled in a good argument. Like many surgeons, he was confident that his knowledge trumped all others. He could be unbending in his opinions. He liked to have things his way. That included setting rules for this obituary. No lists. No adjectives. Focus on accomplishments of career and family. No f-word. Keep it simple and don't pay too much dough to the Free Press.
This is a rare occasion when he does not get the last word.
His career: A surgeon and researcher for four decades, Norman touched the lives of thousands of Manitobans.
The youngest in his class, Norman graduated with honours from the Faculty of Medicine at the University of Manitoba (1952). Subsequent award-winning research in blood chemistry lead to an M.Sc. in Medicine and Physiology. Norman entered neurosurgical residency at the Mayo Clinic and in 1958 returned to Winnipeg to begin practice.
Beyond his clinical work, Norman helped create a neurosurgical centre of excellence in the city. He considered his most important contribution to academic neurosurgery was fostering integration of neurosurgery with other neurosciences, which lead to groundbreaking new procedures and facilities. As Head of Neurosurgery at Health Science Centre and St. Boniface Hospital, he brought the first CAT scan machine to Winnipeg. In 1994 Norman was invited to senior membership of the international Society of Neurological Surgeons. In later years, he led a national program for a neglected group of patients - the permanently brain injured. In retirement he continued to lecture at the University of Manitoba.
A Winnipegger: Norman was a true North Ender. Raised on Charles Street, he was a grad of St. John's Tech, where he was school president, operetta star and top athlete. He liked to buy his kubasa on Selkirk Avenue. In his teenage summers he rode the train to Grand Beach, where, as Mom would say, he was the "Screech of the Beach". He could have had a career anywhere in the world - but he came home.
His Family: Born in 1928, to Ella Singbush and Charles Hill. His little sister was Marlene. Every Christmas Eve for his whole life, Norman sang at the Singbush-Hill family party.
Bess and Norm were married for almost 60 years - two gorgeous teenagers who met at Grand Beach. We especially remember their laughter. They truly enjoyed each other's company and their time with friends. His life went from technicolour to black and white when Bess died.
There were five of us kids. Shauna, a professor of architecture at U of M, is married to Shaun Mallory. Their daughters are Robyn and Annemiek. David, father to Averie and Sarah and partner to Jacqui Smyth, is in the construction business. Kym is a goldsmith and lives with her husband Charles in Metchosin BC. Averie and her husband Carman McNary, both Edmonton lawyers, are parents of Patrick and his wife Al, Brian and David and his wife Danielle. Angus, Aurora and Norman are the great-grandkids. Elizabeth, sadly, died in 1963.
Norman and Mom, made our lives what they are. There were the joys of the lake, Sunday morning snuggles reading the funnies, guitar lessons, life lessons, summer camp, curfews, help with houses and cars and tuition and business, career advice, relationship advice, searches when we were lost, celebrations of love and success, forgiveness, wisdom, travel and happy times together. They were, and always will be, there for us.
His Pastimes: He believed life must be full and diverse. A tour of his beloved house attests to his passions - poetry and literature, painting, hunting, skiing, cooking, gardening and more. His main love, aside from family and career, were the lakes, forests and mountains of Western Canada, and the spectacular opportunities they offer for, in his words, "the pursuit of the elusive walleye and the wily trout."
The F-word: He played for the Blue Bombers in the early 1950s. As a Calgary Stampeder, he was key to their infamous win in the 1948 Grey Cup.
Last word: Love you, Dad. We're dancing the dance. Say Hi to Mom for us.
His children invite Norman's friends and family to gather for a celebration of his life on Friday, January 24 at 4:30 p.m. at St. Andrew's River Heights United Church, 255 Oak St.
Memorial donations may be made by cheque to the St. Andrews Foundation, 255 Oak St., Winnipeg, MB R3M 3P7, or to a charity of choice.