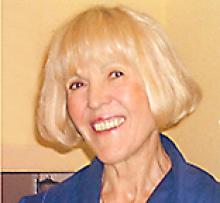 It is with deep sadness, that we announce the passing of our beloved mother, grandmother and aunt.
She peacefully passed away on January 20, 2020, at the age of 86 years, in her home at the Brightwater Senior Living residence in Winnipeg, Manitoba, Canada.
Left to celebrate Stefania's life are her children, Mark (Carolyn) and Eugene (Tracy); grandchildren, Adam, Sara, Jill, Spencer, Michael, Paige and Emma; and other relatives and friends.
Stefania was predeceased by her beloved husband Zygmunt; parents, Mikolaj and Zofia Rusinowski; brother Jozef Rusinowski; eldest son Daniel, daughter-in-law Elizabeth Kolodziejczyk, and eldest granddaughter Rachel.
Stefania was born on March 29, 1933, in Poland. Following the commencement of the Second World War, at the age of seven, Stefania and her family were forcibly deported in 1940 to Siberia. Her father succumbed to the forced labour and malnutrition. When amnesty was declared in 1941, they fled their oppressors, along with thousands of other polish refugees, working their way by train and foot, south across the Soviet Union, and through the middle east, eventually reaching the Polish refugee camps in East Africa, where they joined with other family members including her dear cousin Bronia Kowalska.
At the end of the war, Stefania travelled with her mother to meet up with her brother Jozef in England. She travelled to Winnipeg on a visit, where she met her husband-to-be Zygmunt at a New Years Eve dance, and were married in 1957. The couple bought their first house in 1959 on Jessie Street, then moved in 1967 to Moore Avenue in St. Vital, where Stefania remained until 2016.
Stefania's devastating wartime experiences as a child, her strong Roman Catholic faith, and Polish heritage became her strengths to build a new and better life in Canada. She was a dedicated wife, mother and daughter, bringing her mother Zofia from England, who then lived with them for the next two decades.
Zygmunt and Stefania worked incredibly hard, both professionally and in the community, to ensure that their children would have the opportunities they were denied. They were especially active in the Polish Combatants Association Branch 13. Their pride in their three sons and eight grandchildren was boundless.
Stefania was an extremely talented hairdresser. As a young mother with two toddlers at home, she worked tirelessly through the nights for a year to learn English, attend Hairdressing College, and gained her licence. She was soon sought after by the best salons and eventually found a professional home at Richards Salon in St. Boniface, where Richard and many of her customers became life-long friends. Her husband Zygmunt also built her a salon in the basement of their home, so that Stefania could give discount (read "free") haircuts and styling to her numerous family members including cousins, nieces and nephews.
Although widowed at the young age of 65, Stefania continued to be a survivor, living life to the fullest, maintaining her home, exercising daily, eating healthy, travelling with her cousin and best friend, Helen Grad each year to Mexico, and going to bridge club and line dancing each week. Even after losing her beloved son Daniel and daughter-in-law Elizabeth in 2011, she continued to persevere.
Our sincere gratitude to the staff at Brightwater Senior Living Residence, who so compassionately cared for Stefania during the past two years.
Mass of Christian Burial will be celebrated on Saturday, February 1, at 10:00 a.m. with Rosary one half hour prior at Holy Ghost Roman Catholic Church, 341 Selkirk Ave., with interment to follow at Holy Ghost Cemetery.
In lieu of flowers, donations may be made to the Siloam Mission in Winnipeg.

With great sadness we announce the passing of Stefania on Monday, January 20, 2020, at the age of 86 years.
Mass of Christian Burial will be celebrated on Saturday, February 1, at 10:00 a.m. with Rosary one half hour prior at Holy Ghost Roman Catholic Church, 341 Selkirk Ave., with interment to follow at Holy Ghost Cemetery.
Longer obituary to follow.