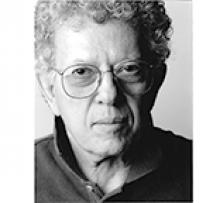 
It is with deep sadness, that we announce the peaceful passing of Earl Simmons on
January 12, 2020, at age 90 years, with his wife Gloria by his side.
Earl was born in Winnipeg of Jewish
immigrant parents from Ukraine, Samuel and Malka Simovich. Earl graduated from St. John's High School in 1948. While studying pre-architecture in Minneapolis in the 1950's, Earl, who had a green card, was drafted to serve in the American army at the time of the Korean War. He returned to Winnipeg a hero with the Bronze Star and many other medals and commendations.
After his war service, Earl married Zelma Sirulnikoff and had three children. He worked as an architectural draftsman and project manager for GBR and later partnered with two architects forming their own firm. In search of greater opportunity, he moved with his family to Toronto in 1967, where he started his own franchise called "Shirt Stop" with three other partners selling imprint
T-shirts. Under his leadership as president, the business grew to approximately 25 stores across Canada and in Florida. During his
divorce in the mid-80's, Earl sold his interest in the business to his partners and moved to Florida. He met his second wife Gloria Mendelson in 1987, with whom he shared a sweet, loving and peaceful relationship for 32 years in Winnipeg.
After retirement in the late 80's, Earl
developed a passion for art photography. His work has been exhibited at art shows and
galleries in both the U.S. and Canada,
including the juried Winnipeg Art Gallery rental and sales. Influenced by his previous work in architecture, his focus was urban and natural landscapes including abstracts.
Earl is survived by his loving wife Gloria Mendelson, his children, Brenda Simmons (John), Alan Sirulnikoff (Rose), Cari Simmons (Mike), grandchild Madeleine Simmons Wallin, his close nephew Larry Golub
(Bonny), nephews, Rick and Chuck Kirsch, close nieces, Marilyn and Melody and many great nephews and nieces.
He is predeceased by his older sisters and their husbands, Edith Golub (Sid) and Annie Kirsch (Fred) and also, more recently
nephews, Murray Golub (Marilyn) and David Golub (Melody).
Special thank you to the staff of Riverview Heath Centre Palliative Care Unit 3E, whose tender and loving care gave Earl comfort as well as more time with friends and relatives.
Services were held at the Etz Chayim
Synagogue and interment at Rosh Pina
Memorial Park on January 15, 2020.
Donations in memory of Earl may be made to the Canadian Museum of Human Rights, CancerCare or the Michael J. Fox Foundation for Parkinson's Research. Make a donation to