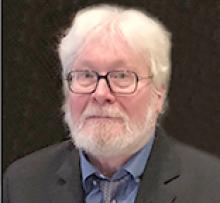 
It is with heavy hearts, we announce the sudden passing of Neil Morris Sparrow,
beloved father to Leana (Brendon), Marissa and Sean, on December 18, 2019.
Also left to mourn are his sister Lynn (Jeff) brother, Norman, nieces and nephews, Melonie (Shaylan), Jordan (Chelsey), Delia (Steve) John (Kendra), Susan (Andrew) as well as great-nieces and nephews, Sarah, Ryan, Evan, Savanah, Ayla, William and Maliyah, and cousins.
Neil was predeceased by his father, Morris (1998) and mother, Pauline (2015).
Neil was born on March 8, 1954, and spent his early years in East Kildonan. He attended Miles Macdonell Collegiate and later obtained a Computer Analyst Programmer Diploma through Red River College. Neil spent many years with Manitoba Health and later Ceridian Canada until retiring in 2014.
A private service will be held for
immediate family at a later date.