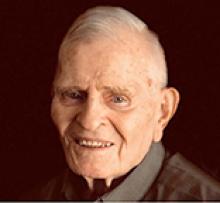 It is with great sadness that we announce the passing of Reg, peacefully with family by his side.
Reg will be fondly remembered and sadly missed by his loving wife Bea; children, Reg (Crystal), Terry (Chris), Laura (Bob), Suzanne (Gord); grandchildren, Kristen, Jenna, Alyssa, Stephanie, Rob, Mike, Matt, Andrew, Sarah, Kaitlyn, and Tyler; great-grandson Llewyn; brother Bill; brother-in-law Erik; sister-in-law Rose, as well as many nieces and nephews.
Reg was predeceased by his father John; mother Edith; sister Joan; and brother Jack.
Reg was born in Fulham, London, England. After school he worked in the family contracting business of which he and his brothers were third generation. Reg studied plumbing at The City and Guilds of London Institute. Upon turning 18 he joined the British Army, Royal Signals, based in Jerusalem and served in the Palestine Command Signals as a Dispatch Rider with the rank of Corporal.
Reg immigrated to Canada in 1951. Reg settled in Winnipeg where he met the love of his life, Bea and where he worked as a plumber for the Government of Canada, Department of National Defence for over 33 years.
Cremation has taken place. A celebration of Reg's life is planned for the spring.
Special thanks to the St. Boniface Hospital 4B doctors, nurses and aides. The family would like to give a special thank you to Dr. Anang who provided much care and attention.
In lieu of flowers, donations may be made to Parkinson Canada (donate.parkinson.ca).
Friends and relatives are encouraged to share in a photo-tribute, stories, and condolences for the family by visiting Reginald's memorial page at IntegrityFuneralPlanning.com