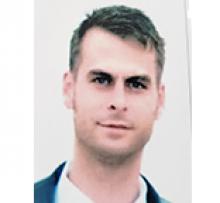 
It is with great sadness we announce the unexpected passing of Mark MacNeily, 44, of Windsor, ON while in Toronto.
He was born in Calgary, AB, the youngest son of Marilyn and Ken MacNeily, of Winnipeg, MB, who survives.
Growing up in Winnipeg, and living in Saskatoon, SK and Kentville, NS, Mark was well-suited to living his life abroad. For much of his life he worked overseas as an IT Consultant and Project Bid Manager, in varied places such as Iraq, Afghanistan, London, England and most recently Dubai, before moving back to Canada. Wherever he went he made personal connections very easily, and will be remembered for his quick wit and energy.
Along with his parents he is survived by his brother and sister-in-law Mike and Angie MacNeily, and his nephew and niece Ethan and Cameron MacNeily, all of Belle River, ON. He will be missed by many aunts, uncles and cousins who reside in Dryden, ON, Toronto and Greater Toronto area, the Annapolis Valley, NS, Queensland, Australia, and many friends located worldwide.
He was preceded in passing by his grandparents, Wince and Ruby Crawford of Dryden, ON, and Malcolm and Margaret MacNeily of Canning, NS.
A cremation was held for Mark, and at the request of the family there will be no service, allowing for all who knew him to remember him in their own way.
In lieu of flowers, donations may be made to any charity of choice.