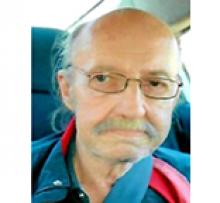 Sadly, on Friday, January, 17, 2020, Ernest John Semenchuk passed away peacefully at his home, at the age of 73 years.
Ernie was born in Romania on July, 3, 1946 to William and Helen, who have both predeceased him. He grew up in Austin, Manitoba, learning all about farm life with his brothers, Dennis who passed away in 1994 and Ed (sister-in-law Pat, passed away in 2009.) Ernie spent his early career as a heavy metal mechanic/inspector working up north. He also worked with Fleet Transport and then with Wabash for 15 years, until his retirement in 2009. Ernie was a soft spoken, mild mannered man with a heart bigger than the jet planes he worked on. He shared 44 years devoted to his friend and companion, Frances, whom he adored.
Ernie is survived by Kimberley (Dale) and his grandchildren, DJ and Kaley. He was predeceased by Angela (Lorne); but is also survived by grandchildren, Curtis, Vince (Paige) and Nick. He is also survived by his great-grandchildren, Tatum Chartier and Gavin and Grayson Turner. Ernie will be dearly missed by his niece Rachel Lane, who provided him with extensive daily care up until his final moments.
What we have lost, heaven has truly gained.
A private viewing was held. Cremation has taken place.