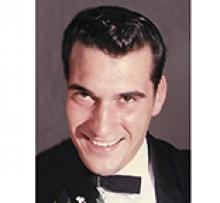 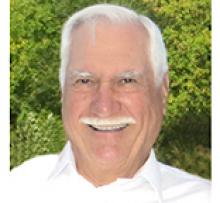 Peacefully, surrounded by the love of his family, Gilles Dubé passed away on Friday, January 17, 2020.
He leaves to cherish his memory his wife Odile (Vincent), of 53 years, his daughters, Lynne Dubé (Rhéal Bourrier), Pamela Dubé and Monique Dubé, his precious grandson Gavin Farrell, his best friends - his brothers and sisters, Norman, Roger (Margaret), Leon (Sadie), Edgar (Diane) and Marcel (Lila), Freda, Marie (Glen), Armande and Lucy, sister-in-law Simone, the Van Humbeck family, the Vincent family and long-time friend, Maureen McCorry.
Predeceased family were parents, Oscar and Flora, aunt Simone, brothers, Henry and Fern, his beloved grandson Stéphane Cormier, and brothers-in-law, Maurice Bruneau, Bill Antonyshyn, and Ken Sellers.
Gilles was a man of integrity who honoured his mother and father. He was a devoted husband, father and brother. Gilles viewed work as a means to an end. His motto was "live hard, play hard" His frequent sayings were "if you start something finish it and whatever you do, do it well". Gilles was a perfectionist in work and in play. He hardly ever brought his vehicles to a garage and neither did his daughters. He was skillful in many trades, a carpenter, a plumber, and a mechanic. He shared his skills with many, building cottages, renovating houses and even fixing farm machinery. His fondest memories were making a ring in the garage with his grandson Gavin and re-building the Subaru motor with his grandson Stéphane. He landscaped his present home in St-Georges, taking it from a field of thistles to a manicured lawn and estate. Gilles took pride in his work!
He was a man of many talents. He had a lovely voice and was a great dancer. His favourite sports were cross-country skiing, downhill skiing, and golfing. He so enjoyed golfing with his grandsons and was very observant. He would help whomever wanted advice on the golf field. Gilles was also an intellect often winning in games of cards and trivia. He liked his quiet times too, doing crosswords and watching golf and car shows.
He enjoyed hosting his family, friends and all of his nieces and nephews at his home and at the Albert Beach cottage. He had fond memories of travelling with Norman and Grace and the Van Humbeck family. Amongst his last travels, were a Caribbean cruise and winters in Arizona.
Gilles always made his loved ones feel special. He was kind, gentle, the protector, the provider, the rock for his family. He was witty and had a great sense of humour. He was known for his creative sayings, and his affectionate touches. His spontaneous comedic nature often had everyone in stiches. His greatest gifts were bringing humour and lightheartedness into our lives. We learned the gift of laughter through him.
Gilles lived in Winnipeg for 40 years working at State Electric and Vansco Electronics. Prior, he worked in Pine Falls for the Abitibi Mill.
Family members want to express their thanks and gratefulness to Norman Dubé, to the best of the best, "le docteur Bruneau" and to the Pinawa Hospital staff.
A Celebration of Life will be announced and held July 2020 for family, friends and acquaintances of now and long ago. In the meantime, all are welcome to call, text and visit.